Sarajevo is a fantastic location for a city break; one of the most popular cities in the Balkans and a destination drenched in dynamic history. Sarajevo is a place where every building tells a story be it serene or from strife. It is a place where the old world meets the new world; where "The East" meets "The West". Sarajevo is a very small city so you can walk everywhere thanks also to its old world city planning; its two main streets in Sarajevo are, 'Titova' (Tito's street) and Dragon of Bosnia street (Zmaj od Bosne). Tramways were first introduced to Europe in the late 19th century by Austro-Hungarian officials and Sarajevo was also a very important centre of the railway network in the whole of south eastern Europe.

Sarajevo was founded by the Ottomans in 1461. It was within the city of Sarajevo that Archduke Franz Ferdinand was assassinated, this event sparked World War 1. Then in 1984 Sarajevo played host to the Winter Olympics which made it a popular tourist attraction for a few years until the Siege of Sarajevo which lasted from 1992-1995. As soon as the war ended Sarajevo airport opened again for commercial Sarajevo flights and Sarajevo tourism resumed. The reconstruction of the city after the Siege of Sarajevo saw an introduction of fabulous, state of the art, modern office buildings and skyscrapers, which were all very welcome to Sarajevo. By 2003 most of the city of Sarajevo had been rebuilt.

When travelling around Sarajevo you will feel totally at ease as there is a real, 'welcome to Sarajevo' atmosphere throughout the city. With your Sarajevo map in hand you can indulge in Sarajevo culture, visiting numerous places such as the 'Bosniak institute', which holds various exhibitions on Sarajevo culture and Sarajevo history and The National Theatre of Bosnia, which was the first great theatre built here, prior to that plays were held in parks and wealthy family homes. The National Museum is another must see and don't miss the second tallest waterfall in Europe, located just 12 kilometres north of Sarajevo, it is so beautiful that it is worth the short trip (the waterfall is 98 meters tall and is of interest to nature lovers because the vegetation surrounding the waterfall contains a variety of rare species). Whilst in the city your curiosity about the War of Independence and the Siege of Sarajevo can be satisfied with a number of sympathetic exhibitions and experiences such as the Freedom Tunnel and we definitely recommend a guided tour to understand what it was like to live here during this turbulent period.

Once you have encountered the resounding welcome to Sarajevo from the locals you will be sure to return to the city. Not unlike the legend of the Trevi Fountain in Rome: 'if you drink some water from the fountain in the heart of Bascarsija, you can be sure you will return to Sarajevo'.

Our recommended guided tours to see and experience Bosnia's rich heritage and its more recent past.

The Boutique Central Hotel is located in central Sarajevo; a landmark hotel where you'll experience comfort and relaxation.

The Hotel Krone (Crown) is located close to the springs of thermal water & an avenue of chestnut trees. The old building, contsructed in Austro-Hungarian style, dates from 1907.

Hotel Art not only has one of the best locations in Sarajevo but will also appeal to those who appreciate excellent service.

The Hotel President is located in the heart of the Old Town of Sarajevo. A modern hotel with comfortable rooms and exceptionally friendly staff.

The Aziza Hotel is located in one of the oldest “mahalas” of Sarajevo, in the heart of the Old City, Baščaršija. 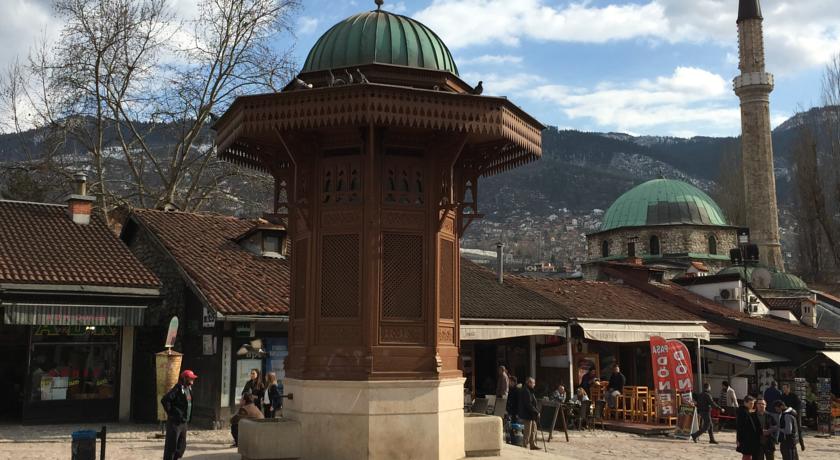 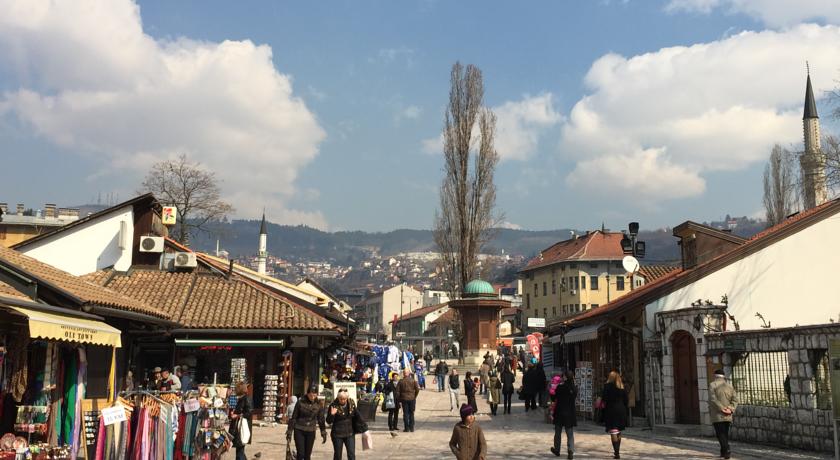 Why book Bosnia with us ?