Rab is one of the greenest islands in the Adriatic, it's covered with pine forests and has a number of beautiful sandy beaches; it is well known for its mild climate which is created by its protection from the cold winds that descend from the Velebit mountains. The ancient settlement of Arnia (Arba, Arva) was first mentioned in the 1st century BC, in a document in which Octavius Augustus proclaims it as a town and municipality. The Croatian name Rab first appeared in the records documenting the establishment of the Franciscan Monastery in 1446. One of Rab’s main claims to fame that it is the birthplace of a stone cutter called Marin; he settled in Italy (in the 4th century) and founded the state of San Marino.

There is just the one main town on the island; set on a narrow isthmus Rab Town is instantly recognisable for its four church bell towers that pierce the skyline. In fact, Rab has one of the densest concentrations of fine buildings in Croatia - monasteries, churches, palaces, showcasing a wealth of European architectural styles from early mediaeval to Baroque. Rab Town is where most of the island’s sights are located; the central street (Srednja ulica) running through Rab Town contains some well-preserved 15th century buildings, leading up to the Town Loggia that was built in 1509; the 26m high Bell Tower can be climbed for great views over the sea.

The Komrčar Park, the pride and joy of the town of Rab, is located in the immediate vicinity to the town centre. In 1883, when senior forester Justus Belia came to Rab, he decided to plant up 12 hectares of pasture land. It is thanks to him that Rab now has a variety of trees and plants: Aleppo pine trees, wild olive trees, exotic palms, cacti and agaves. At the entrance to the park a statue of its founder was erected by the people of Rab. A long walkway and the town beach extend along the park in the shade of hundred year old pine trees.

One of the special summer events here is street painting organised in Middle Street - the entire town turns into a gallery. Some of the most significant cultural events organised in the town are Rab Cultural Events held at the Prince’s Castle Gallery and Rab Musical Evenings held at the Church of the Holy Cross (from June to August), but the Rab Knights’ Tournament, which depicts the time when knights defended the town, is by far the most fascinating. This takes place several times throughout the summer. An equally interesting event is the Rab Festival, locally known as Rapska Fjera, in which thousands of participants impersonate historical characters encapsulating the mediaeveal spirit of the town.

Kalifront Forest, not far from the town, is the largest forest on the island and has protected status. Also nearby is the Franciscan Monastery of St Euphemia, built in 1458, it contains a number of gloriously painted works and its ceiling contains 27 scenes depicting St Francis of Assisi. In the north of the island, Kampor is in an excellent location with a Franciscan monastery; Lopar, set on some fine beaches is a growing resort, probably the most famous of these is Paradise Beach, which is popular not just for its sand but also because of the extended shallow nature of the sea there, meaning it’s ideal for families with small children.

A luxury boutique hotel enjoying a seafront location within the old town of Rab. This historic building blends Austro-Hungarian tradition with modern amenities. 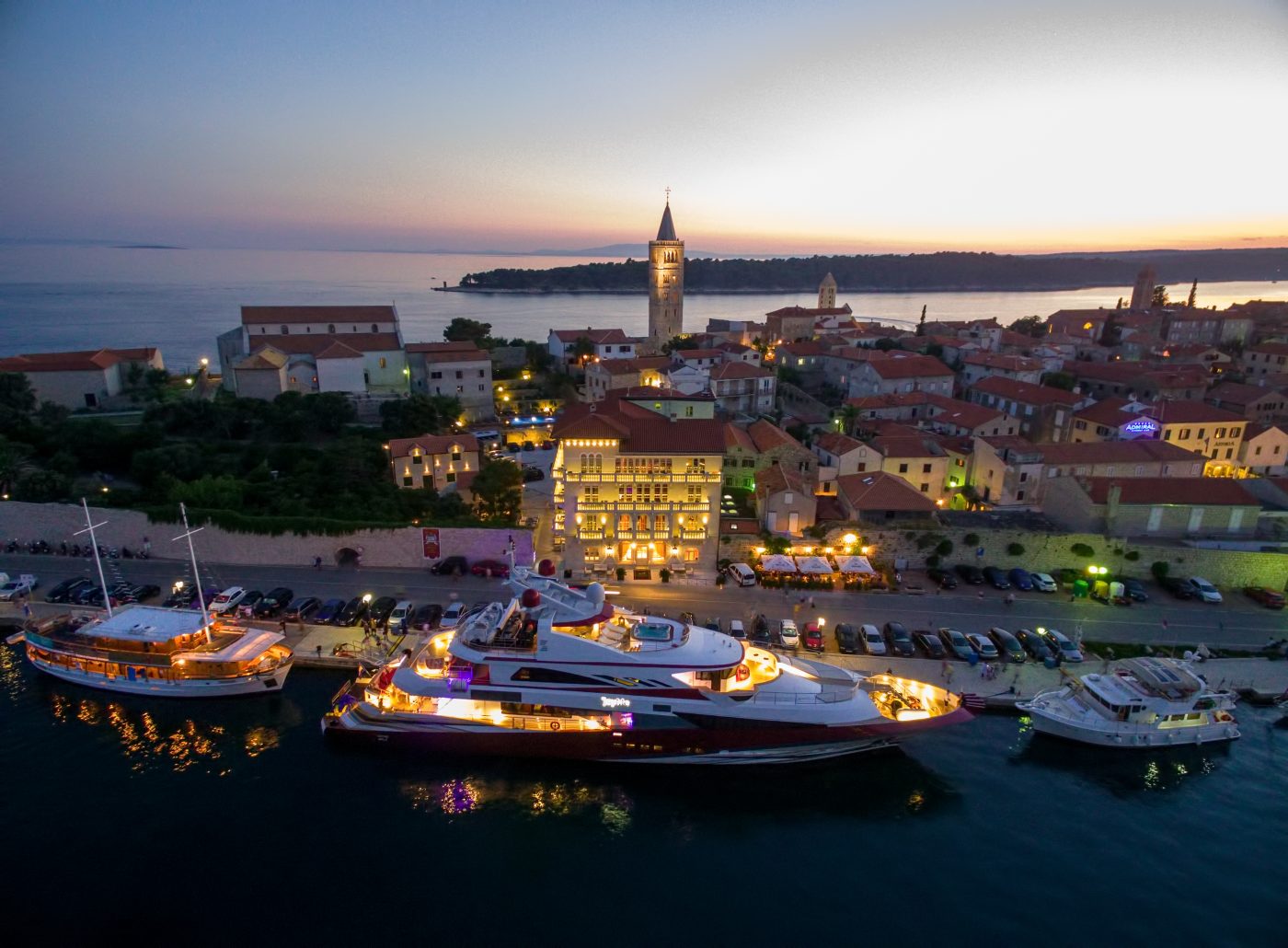 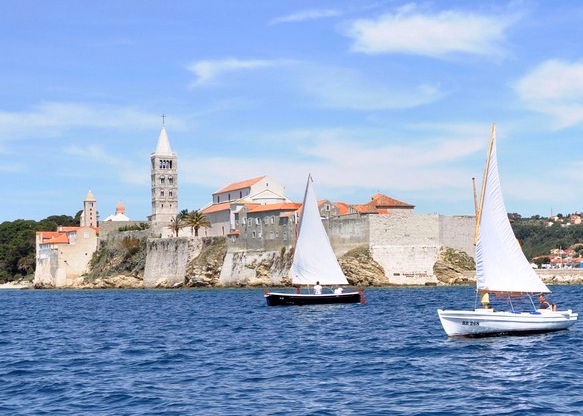