Zagreb is Croatia's dynamic and bustling capital, often referred to as a "pocket-sized Vienna", and is an ideal short break destination or as the starting location for many of our fabulous fly drive holidays. The city of Zagreb is located between the lower slopes of the Medvendica Mountain and the banks of the Sava river; the city centre is small enough to be covered on foot and is packed full of places of historical interest as well as many museums, parks and bustling street life. Zagreb is one of Europe's best examples of a mediaeval city which retains its sense of history together with the buzz of a modern city (now boasting superb street entertainment, dance festivals, contemporary theatre and music) including a wide range of shops, stylish restaurants and cafes located throughout the pleasant squares and alleyways.

Zagreb is divided into two distinct areas; the mediaeval upper town which houses the Cathedral, St. Mark's Square, the Presidential Palace and Croatian parliament; the lower town, dating from the late 19th century, is a planned area of wide boulevards, open squares and parks with an impressive array of public buildings and museums. Visitors may have a sense of deja-vu while strolling down the cobblestone streets of Zagreb’s medieval Upper Town or sipping an espresso on the patio of a turn-of-the-century hotel. For years, movie-makers have been using the city’s classic Austro-Hungarian architecture as a stand-in for capitals like Vienna or Budapest; for example, it is Zagreb you will have seen in the TV epic series “The Winds of War”.

The Upper Town’s picturesque Stone gate, the site of a popular religious shrine, and its towers and fortifications are major tourist attractions. Its churches, particularly its twin-spired neo-Gothic cathedral, the lovely Church of St. Mark and the lavishly baroque Church of St. Catherine are also popular with visitors. In addition to the National Theatre (which features opera, drama and ballet), Zagreb boasts numerous museums and art galleries, including the Klovicevi Dvori in the Upper Town, a major arts and crafts museum, the Mimamra Museum, which houses an extensive and eclectic private collection, and Zagreb University, one of the region’s oldest. Visitors can experience avant-garde theatre and dance at the Zagreb Youth Theatre or attend classical and jazz concerts at the Lisinski Hall.

Croats love their food and Zagreb has many fine restaurants; try, for example, "strukle", which is a puff pastry with cottage cheese and "purica with mlinci" which is turkey with specially prepared pastry, washed down with a cool, crisp Croatian wine. After a fine lunch you can stroll through Zrinjevac park, with its old trees, fountain and busts of Croatian cultural figures. The area around Zagreb is worth exploring too, nearby are a number of baroque towns, Croatia's most revered mediaeval fortress and Mount Medvednica.

ALL SELF-DRIVE HOLIDAYS THAT START & FINISH IN ZAGREB CAN BE DONE WITH AN ELECTRIC VEHICLE.

Locals always knew Zagreb was the best place to celebrate Advent; now the secret is out as Zagreb has been voted the best Christmas Market in Europe!

Excursions from Zagreb
Guided Day Trips to nearby locations

A selection of small group excursions to interesting places near Zagreb, available to pre-book for our holiday customers.

A selection of private guided food & drink experiences to pre-book in the Zagreb area.

This historic hotel opened its doors in 1907 as the first official hotel in Zagreb. Centrally located next to the old city park.

Dating from 1932, the recently refurbished Astoria, offers excellent levels of service and accommodation. Great location in a quiet area of central Zagreb.

A great value hotel only half an hour from the centre of the city & connected by excellent public transport links.

This grand hotel has been at the centre of Zagreb's social life since it opened in 1925. It's situated close to the main railway station and minutes away from key attractions.

The Hotel Dubrovnik has been welcoming visitors since 1929. This modern hotel, with its rich tradition of hospitality, is in a prime location on Zagreb’s main city square. 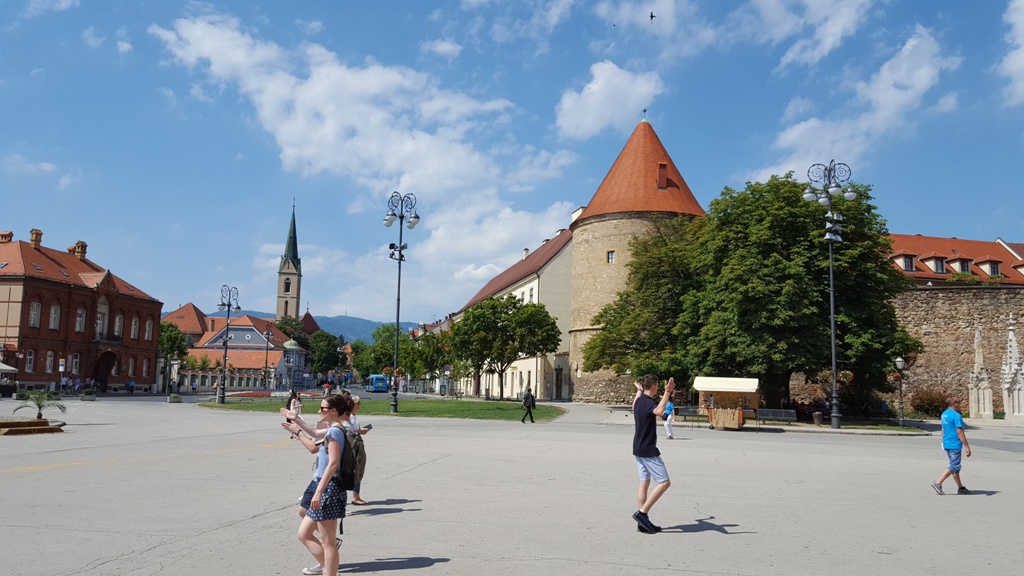 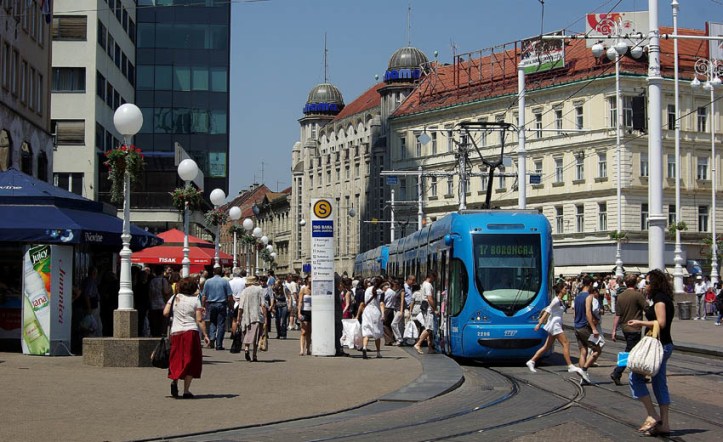 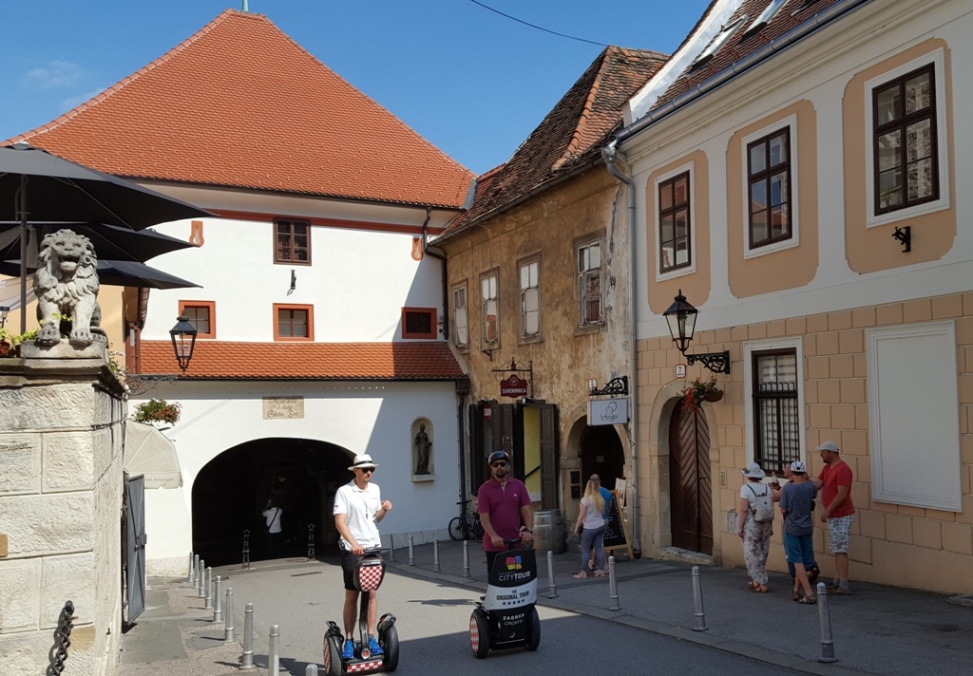 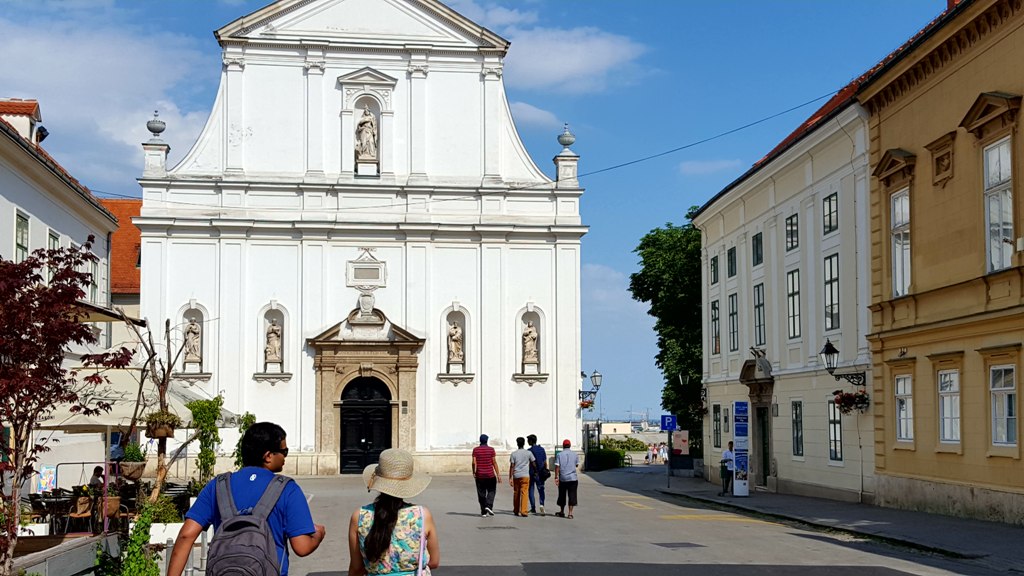 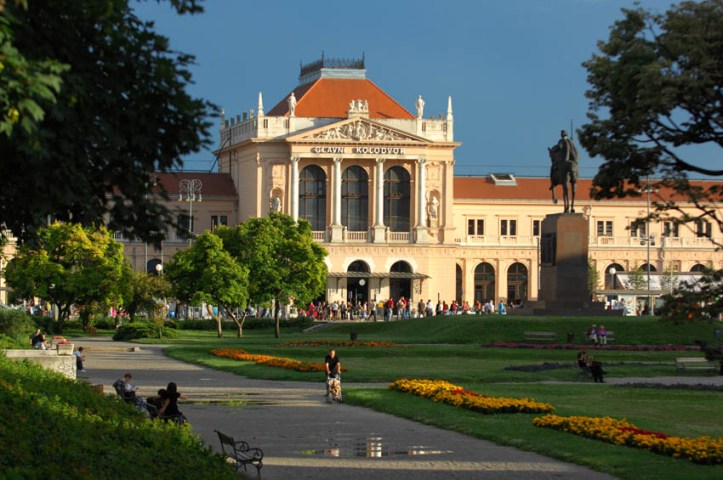 "If I did it again I would spend 2 days in Zagreb because of the many museums and churches and for a chance of taking a guided visit. Guides in Croatia seem very well informed and passionate about their country. Church and museum opening times are very limited so it is hard to visit them, check out the market (morning only) and visit and enjoy the city all in one day."

"We stayed in 7 different locations and the time spent in each was very well judged. The best hotel we stayed in was the Villa Nora in Hvar. The staff could not have been more helpful and welcoming, the breakfast was wonderful and the hotel room fantastic. Zagreb - The murals are worth looking out for, the kids really enjoyed finding them. The Museum of Broken Relationships is a must and we loved the Croatian Museum of Native Art. Dolac Market is a good place to buy snacks for the car, don't miss ..."

"Your excellent service was much appreciated and we have already recommended you to our friends.THANK YOU!"

"Generally a nice hotel. Our room was a bit small and the bathroom a bit tired but adequate for what we wanted. Breakfast was excellent. If we went to Zagreb again we would probably choose an hotel nearer the main square. We were lucky with the weather so walked everywhere. The length of stay was just right for us to see what we wanted. A very interesting city and glad we went there first."

"The lovely Hotel Astoria was a short walk from the tourist sites. "

"Andy really guided us into good hotels. We were very pleased. The Hotel Peristil in Split and Hotel Zagreb in Dubrovnik were tremendous. We likely would have not found equivalent accommodations without your his assistance. The rental car was a bit high mileage and well worn. Planning on future trips to Germany (fall of 2016) and Scotland (spring of 2017) would certainly considering working with you again."

"Arrangements were superb - no problems at all. Had a great time & loved the country! If we were to repeat the holiday one less day in Bol and an extra day in Mali Ston would be better. Hotel Ostrea and Mali Ston are an absolute delight! Top marks for Miric Inn, Plitvice too. Very friendly & welcoming and HUGE dinners! Dubrovnik old town was heaving with tourists, so staying some distance away at Hotel More was perfect. Easy to get to old town by bus so distance was no problem. Hotel Palace ..."