Relatively unspoilt Pelion is an outstandingly beautiful area of mainland Greece once inhabited (it is said) by the Centaurs (kentavros). Sandy beaches and crystal clear seas contrast with traditional villages and dense forests - these forests provided timber for the Argo, the ship used in the expedition of the Argonauts.

Here you'll discover characterful mountain villages with stone built mansions and leafy village squares; many of them enjoy breathtaking views towards the sea. Villages and beaches are connected by kalderimia (cobbled or paved donkey tracks). If you wish to explore further afield though we would recommend car hire.

Makrinitsa has been characterised as the village of the "nobles", as it has a large number of mansions. It's also referred to as the "Balcony of Pelion", as it enjoys breathtaking views of Volos from the village square. There is an excellent taverna here which serves good quality food including local dishes of spetsofai, fasolada (bean soup) and giouvetsi (beef with pasta baked in the oven).

Portaria was once the most important commercial centre in Pelion. There are many impressive neo-classical mansions here, some of which now function as inns. Portaria sits right on Mount Pelion so it's a good starting point from which to explore all this area has to offer.

Milies was once an important cultural and educational centre. This is where the revolution of Pelion against Ottoman rule began in 1821. Today this village is a creative refuge for many distinguished figures in the world of art and letters. The historic church of Pamegiston Taxiarchon (Great Archangels) built in 1714 on the square boasts a gold plated altar screen and important post-Byzantine frescoes. Milies is also the terminus for the 'Little Train of Pelion' - this little train, affectionately known locally as 'Smudgy', was inaugurated in 1895 and for many years it transported goods and people which in turn helped to develop the area. In 1985 in recognition of its faithful service to the local population the Ministry of Culture officially declared the line a preserved historical monument - the first time that a railway in Greece had received such an honour. The journey can still be enjoyed today and its route from Volos to Milies is considered as one of the most beautiful narrow gauge railway lines in the world.

Agios Ioannis is a cosmopolitan resort in Eastern Pelion, nearby is the long white sand beach of Papa Nero, considered one of the best beaches in the area and among the top ten in Greece.

Kala Nera is a popular summer resort with a long coarse sandy beach, flanked by poplar, plane and eucalyptus trees. The name of the village means 'good waters', possibly because of the abundance of fresh water springs gushing out in the area.

Damouchari is the only natural harbour on the wilder Aegean Sea side of Pelion. An old Venetian legend says that the expression 'dos mou hari' (give me grace) gave its name to the area. Old Damouchari is connected to Tsagarada by one of the traditional cobbled footpaths, known as "Calderimi". Damouchari was used as a backdrop for several scenes from Mamma Mia, it was used as the harbour of the island, where the story is set, and features in the song 'Dancing Queen'.

Tsagaradas sits 500 metres above sea level on the north-eastern side of the mountain with glorious views of the Aegean. The village developed around the four churches of Taxiarches, Agia Paraskevi, Agia Kyriaki and Agios Stefanos - the four suburbs of the village still keep the names from these original churches. It is worth visiting the square of Agia Paraskevi, where you can see the one thousand year old plane tree with its 14 metre diameter trunk, and enjoy tasty walnut cake.

Vizitsa is widely regarded as one of the most beautiful villages on the mountain. Many of the 18th and 19th century Peliot mansions here have been restored under the supervision of the Greek National Tourist Organisation.

Agios Georgios Nilias is another extremely picturesque village which enjoys uninterrupted views towards the Pagasitic Gulf. It was inhabited mostly by wealthy men from Pelion who made their fortunes in Alexandra and Cairo. The local church of Agios Georgios, an art museum and the convent of Taxiarches are amongst the places of interest to visit.

Lafkos is home to several Greek artists who appreciate the quality of light, the cobbled paths, the stone houses and village square.

Independent, fully furnished, luxurious villas 20m from the sea. All villas have their own private entrance and private balcony & each has its own colour scheme.

Hotel Dryalos is located in Milies. From here there is easy access to beautiful beaches and is an ideal base for visitors wishing to tour and discover the Pelion villages.

The eclectic Hotel Damouchari is at the heart of this fishing village.

Located around a 5 minute walk from the village square the Xenia Palace Hotel offers a good range of room types.

A small family-run property with its own pool and right next to the beach!

This luxurious Art Hotel has individually styled rooms decorated with the work of local artists.

The Volos Palace Hotel was built in 2004. It is in the centre of Volos, opposite the Municipal Theatre and close to the Town Hall, with views towards the Pagasetic Gulf. 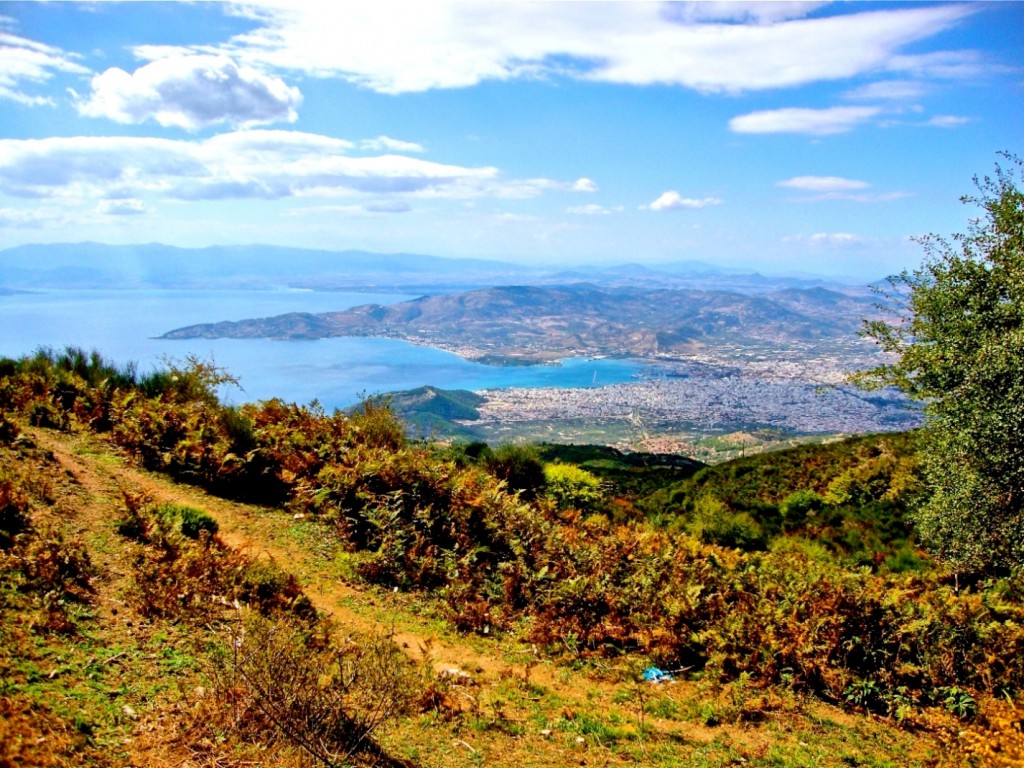 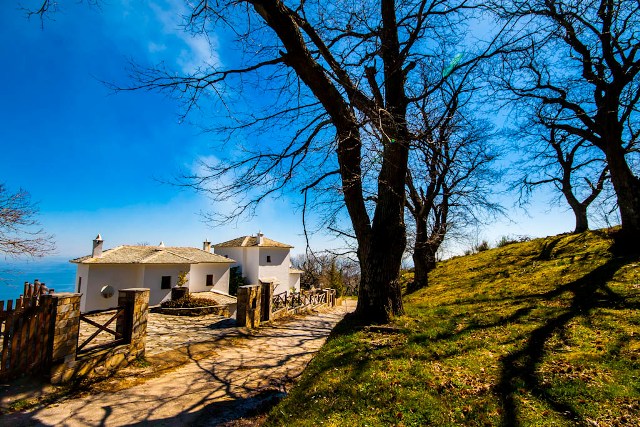 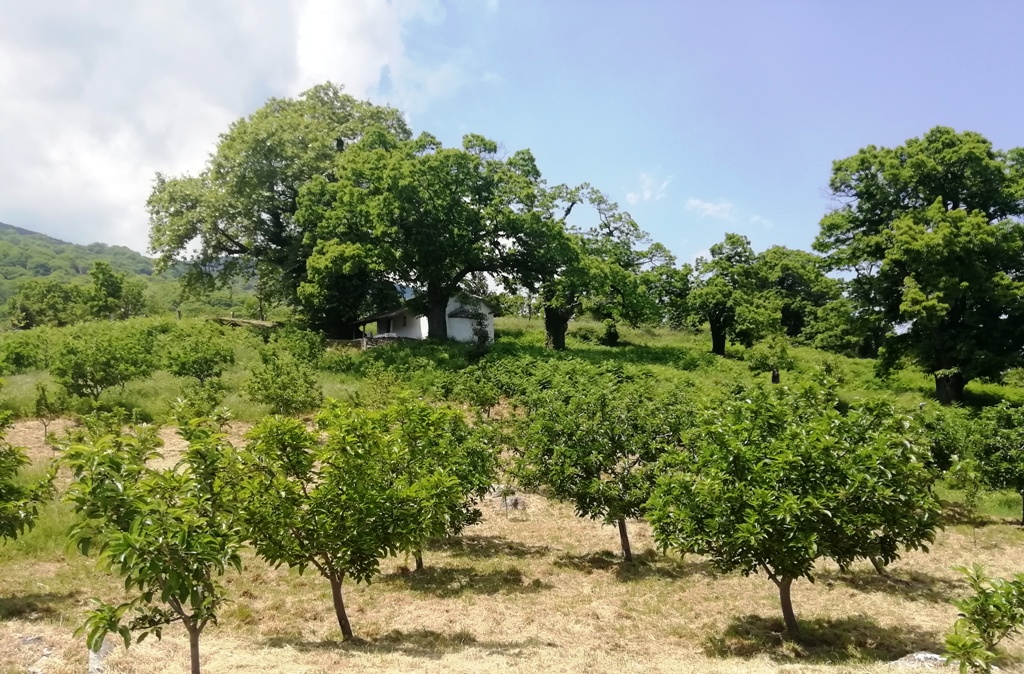 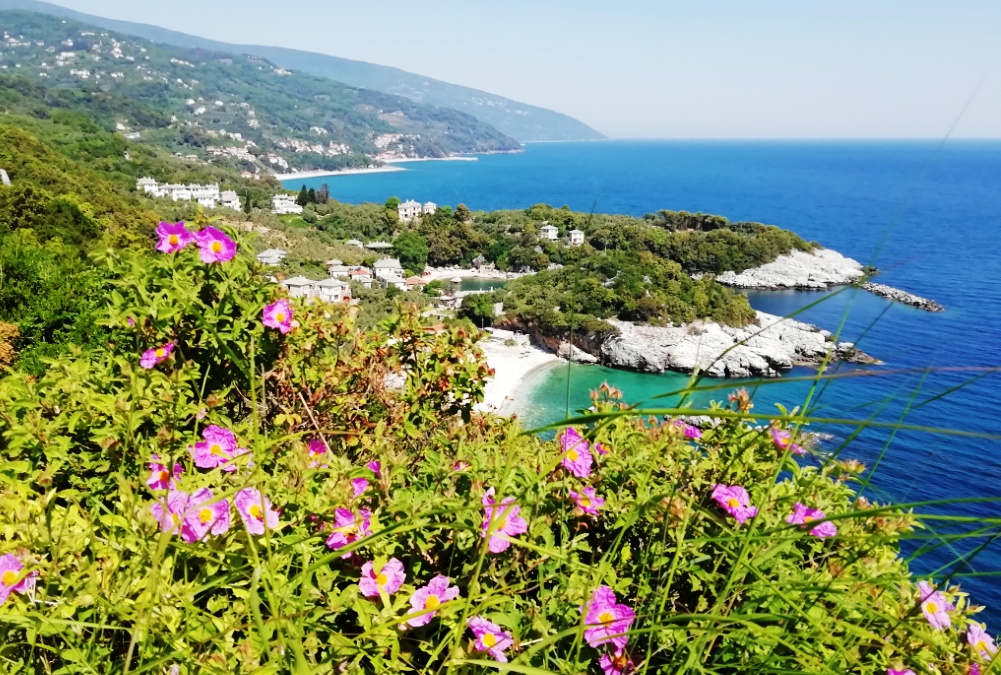 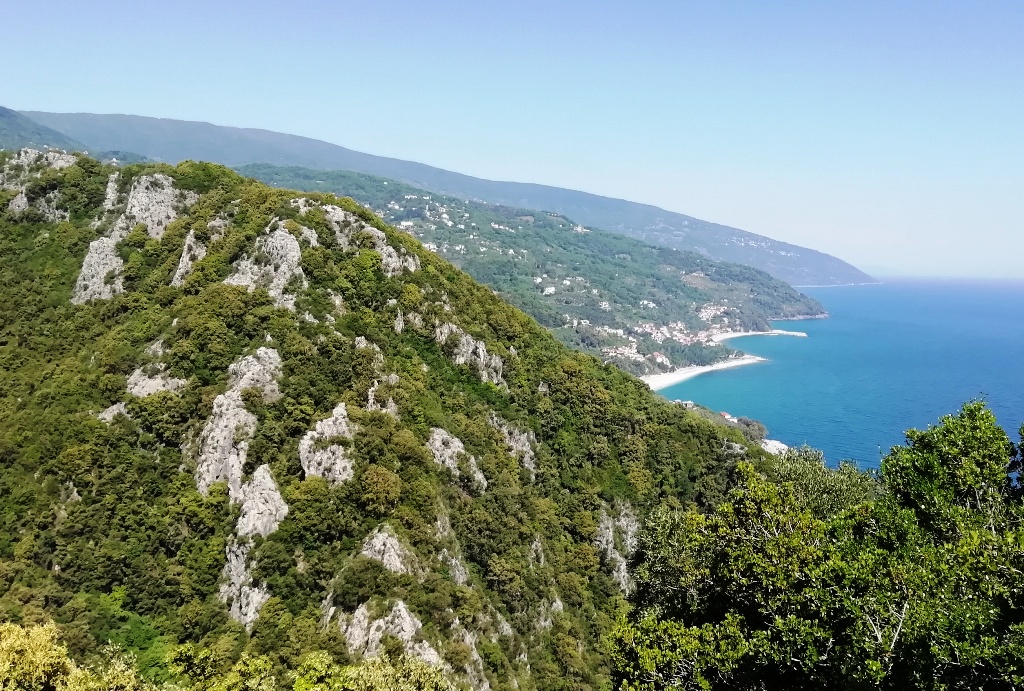 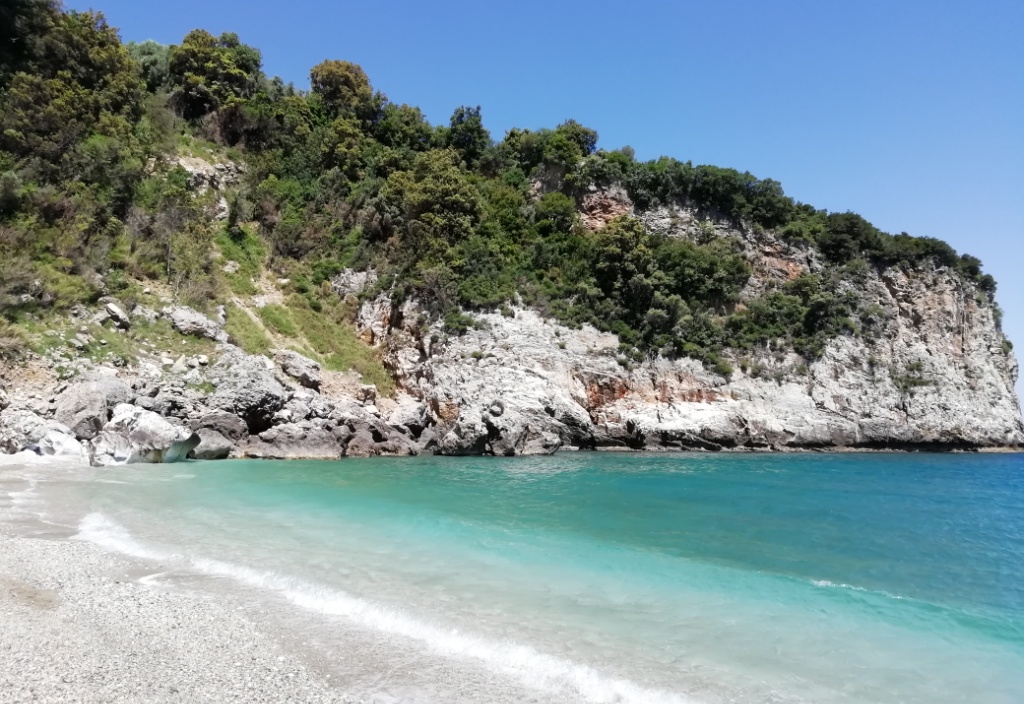 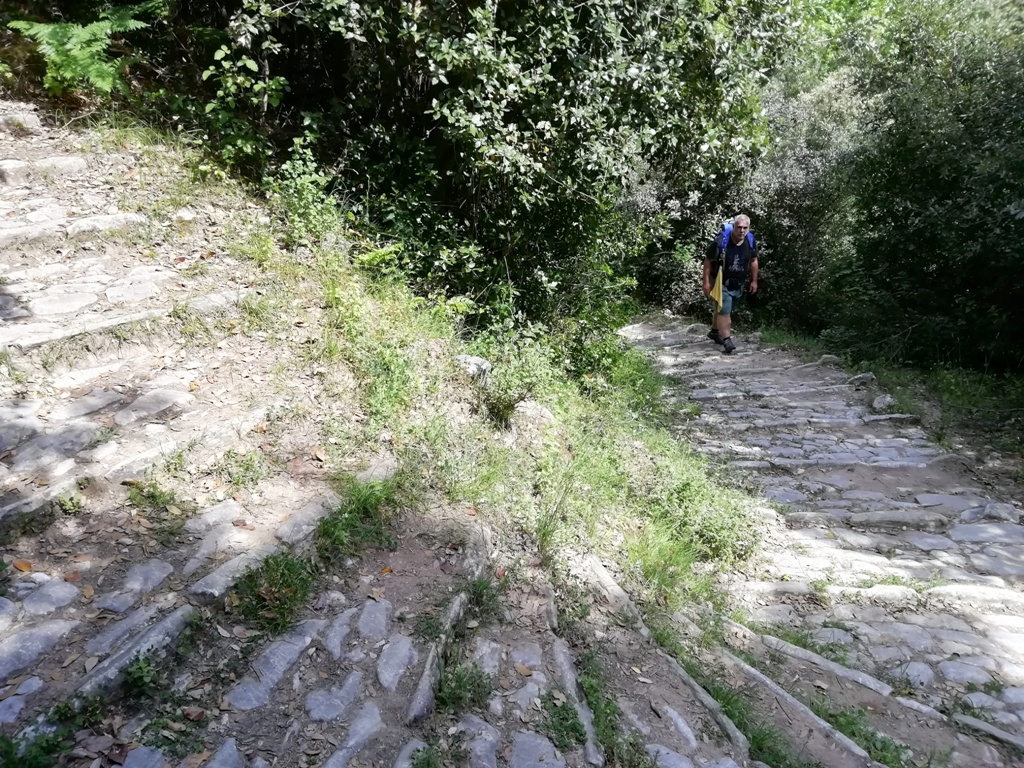 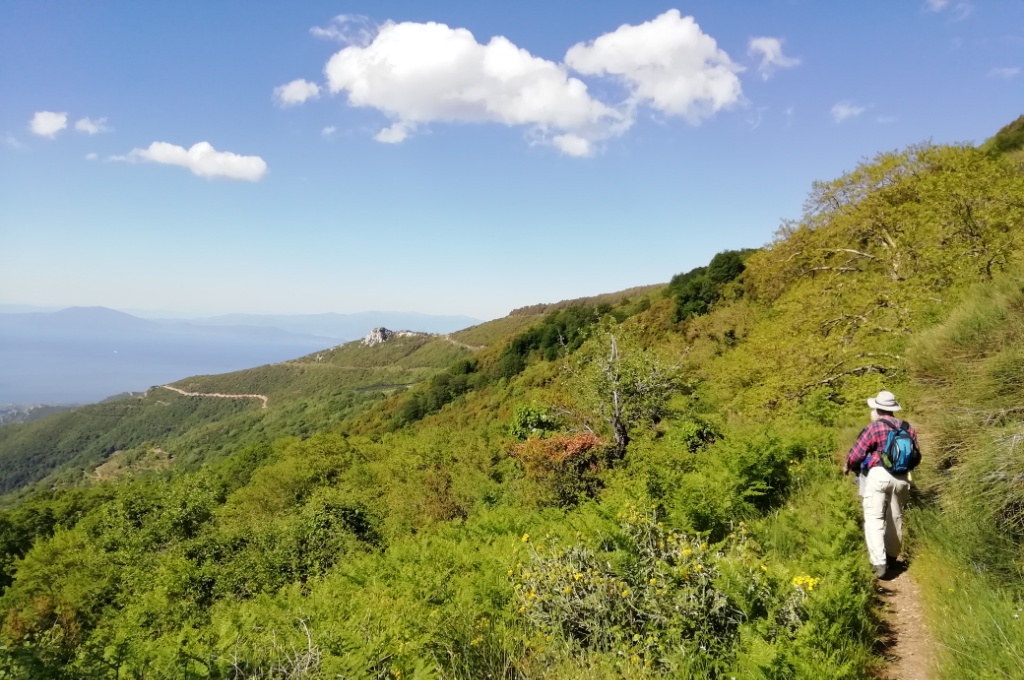 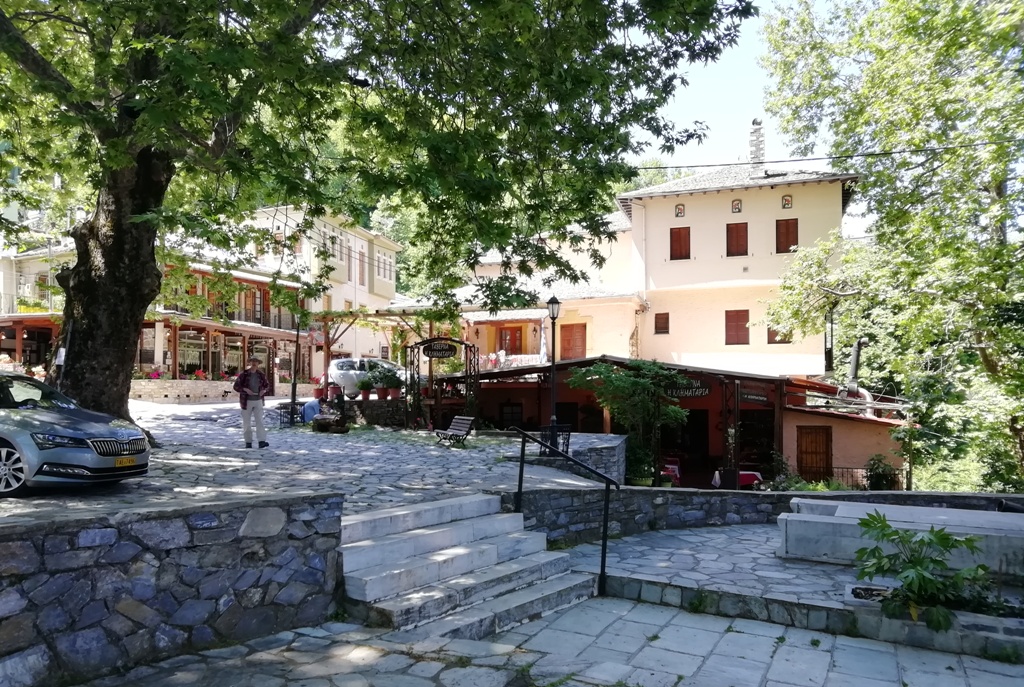 "The walking and landscape were very impressive and the week included a great variety. Most of the walks were described as easy, I found them more demanding than that with a lot of steep and rock up or downhill which would have been demanding if the weather had been any hotter."

"We very much enjoyed our walking holiday in the Pelion peninsula in Greece. Everything about it was good: the walking, the local guide and the accommodation. Thank you!"

"Returned from my Greek walking holiday on Tuesday evening and just wanted to email and say thank you very much. It was a great holiday, Thanasis and his friends who guided me were very good company, helpful, friendly and kind. I shall walk again in Greece."

"Overall, a wonderful experience. We were sad to leave the breathtaking and mystical area of Meteora. The Pelion delighted with it's ancient walking tracks and it's ever changing verdant Springtime scenery. Our guide Alex proved to be a friendly, knowledgeable, patient and understanding guide. We shared lot's of laughs and really appreciated being picked up and dropped off at Athens. Generally a paradise for walkers and food lovers alike."