Oslo was founded in the 11th century and is Norway's most populous city with over half a million people. Its location near the Oslofjord is perfect for recreation: swimming, fishing, sightseeing and island hopping. The hills and forest surrounding the city are ideal for hiking, or skiing in the winter. Perhaps that is why Oslo is often ranked amongst the top ten of world's cities for quality of life.

The centre of Oslo retains its 17th century grid pattern design and is compact enough to walk around. Several well-preserved buildings from this era can be seen here including the building that housed Oslo's first town hall and the city's oldest restaurant. The city has a wealth of museums and galleries. Highlights are:

Norwegian Folk Museum, one of Europes largest open air museums, contains 155 houses from all parts of Norway and a stave (mediaeval wooden) church from 13th century. These exhibits details daily life in Norway from the 16th century onwards; Resistance Museum, documents life in Norway during WW2; Viking Ship Museum displays two of the best preserved Viking longships in the world in addition to other discoveries like sledges, tools, textiles and household utensils; the Historical Museum also displays relics of the Viking era as well as pre-historic and medieval exhibits.

Edvard Munch bequeathed his work to the city and you can visit his vast collection at the Munch Museum. His original painting 'The Scream' is located in the city's National Gallery, which also has the country's largest and finest collection of pre-1945 works . Although the emphasis is on Norwegian artists, there is a strong post- Impressionist section with works by Van Gogh, Manet and Cezanne.

One of the grand architectural triumphs of the world and one of the more recent features on Oslo's skyline is the multi award-winning Opera House, completed in 2007. Home to the Norwegian National Opera and Ballet, it is situated in the Bjørka neighborhood of central Oslo, at the head of the Oslo fjord.The complex slants upward from the fjord and seems to rise up out of the sea. Visitors can stroll from the edge of the fjord up the ramp-like structure to the apex of the building. From here, you can take in the panorama of Oslo, with an even more invigorating view at night.

Oslo is blessed with several parks: Frogner Park lies a few miles from the centre - it is here that many come to spend their leisure time. In the centre is Vigeland Sculpture Park, Oslo's most visited attraction. This displays over 200 sculptures by Gustav Vigeland (1869-1943) celebrating the human form and life in all its aspects. The centrepiece is a towering granite monolith depicting scores of intertwined bodies. Vigeland gave all his works to the city in 1921 in exchange for a studio, assistants, living quarters and a salary. The studio is now a museum.

Another major draw is Palace Park by the Royal Palace, where you can watch the daily changing of the guards.

This hotel is steps away from top shopping and sightseeing destinations.

Thon Hotel Rosenkrantz Oslo is a new design hotel in the heart of Oslo city centre.

The Hotel Continental is one of Norway’s finest five-star hotels, and the only Norwegian hotel to be a member of the Leading Hotels of the World. 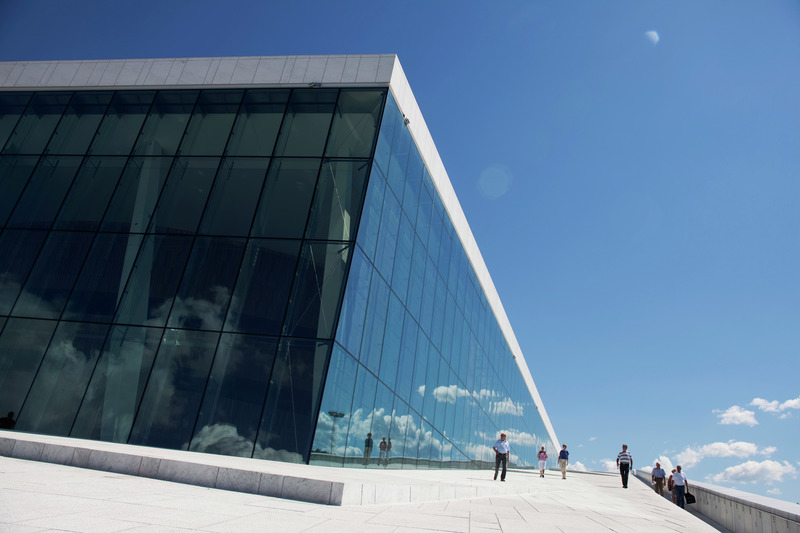 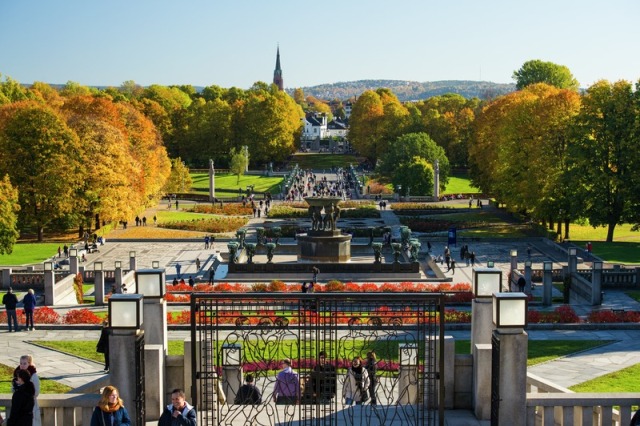 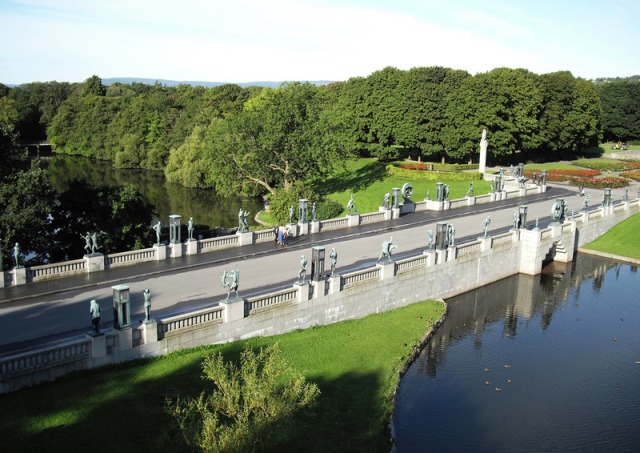 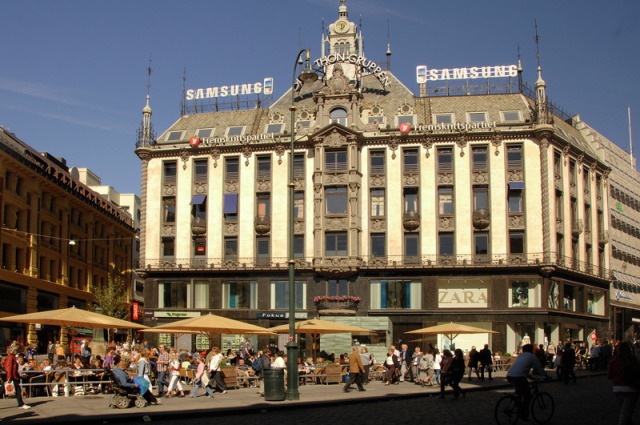 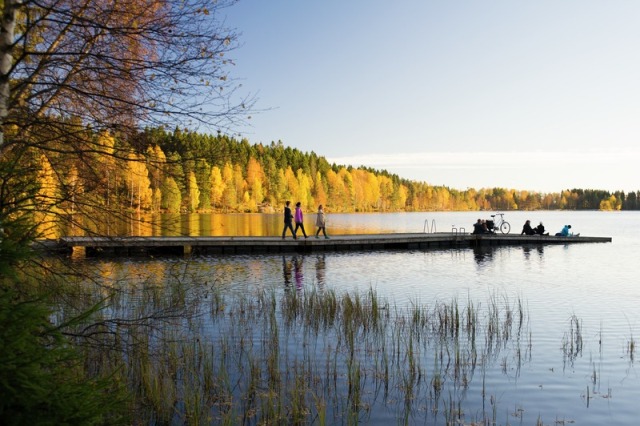 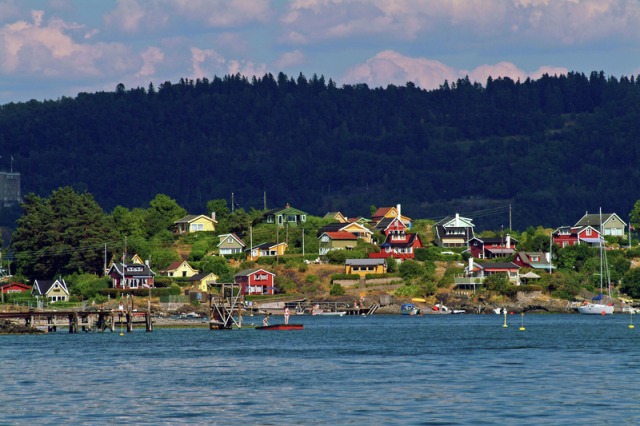 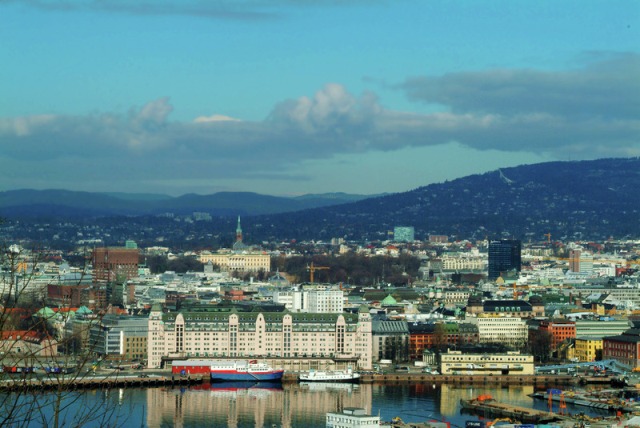 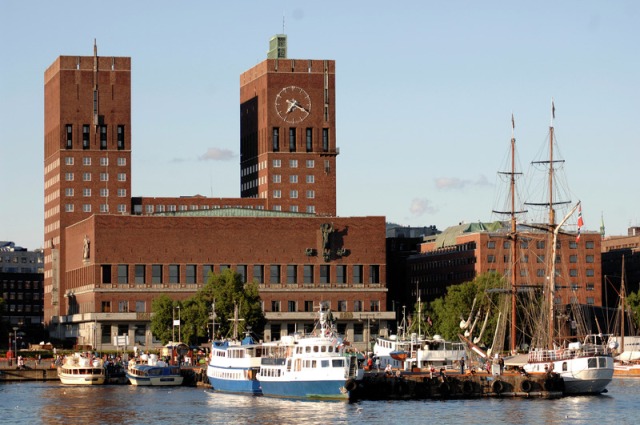 "We are home from our memorable trip to Norway and would like to thank you so very much for your brilliant organisational skills. Everything went really smoothly and we appreciate the detailed touches, like accommodation with easy access to train/boat and plane connections, etc. We particularly enjoyed our stay in Tromso and our time in Oslo. We would like to reiterate how much we appreciated the thought and attention to detail which Dawn invested in our holiday bookings. Thank you very much."