You are here: Home > Destinations > Greece > The Greek Islands > Syros

Syros lies in the middle of the Cycladic island group and is the administrative and cultural centre of the island chain. It's a true Greek island, utterly unspoilt by mass tourism, with a wonderful capital - Ermoupolis.

There's plenty on the island for those who wish to have an authentic Greek experience: a beautiful landscape, villages, coves for swimming and tasty Greek food.

Ermoupolis is built in amphitheatrical site around its large natural port and up onto the hills.  Wandering through the town you'll come across old mansions, grandiose squares and delightful churches. The covered market with fish, fruit and vegetable stalls is close to the harbour (this harbour used to be the main one in Greece). Ferries still come and go regularly creating a hive of activity on the waterfront. Although there is accommodation along the sea front we would suggest that you venture up into the town as it is quieter and the views are tremendous.

If you want to do justice to Ermoupolis and explore many of the little streets then you do have to do a fair amount of walking uphill - many streets have steps so would be unsuitable for those with walking difficulties.

You may wish to venture up to Ano Syra, a mediaeval town built in the 13th century. Its houses are tucked down narrow alleyways, too small for vehicles, so it's a peaceful spot!

Located on the west of the island about 8 kilometres from the capital, Galissas has a sandy beach as well as a good choice of tavernas, cafes, shops and bars.

The smaller beach of Armeos in Agia Pakou is popular with nudists and is about a 10 minute walk away. The village is at the foot of a hill, overlooking the fields and the beach. On top of the hill you can see the ruins of a tower observation point dating back to the 4th century BC, which provided a lookout in case of invasion.

The little church of Agia Pakou is located towards the end of the headland. The area around the church was the most important classical centre on the island. In 6th century BC there was a town here and a short distance away, a sanctuary devoted to the goddess ‘Epicoos’ who became Saint Hepacoe during early Christian times, which is the origin of the village name.

Another intriguing little church is Agios Stephanos, which was stone-chiselled inside a cave by the water's edge. It is around a 16 minute journey by boat from Galissas and a few steps take you from the water’s edge up to the chapel. Legend has it that this little church was built by a fisherman who was saved after struggling with a giant octopus. It was an offering to the saint for his salvation.

Megas Gialos' beach is partly shaded by tamarisk trees and here you can swim in crystal clear waters. The village offers a good number of hotels and rented rooms that are literally a few steps from the sea. This location also provides good access to most of the southern beaches on the island including the quiet beach of Ampela, one of the smallest on Syros. Local buses run frequently to and from Megas Gialos.

A great base from which to explore the island's capital.

A wide range of facilities, perfect for families.

A lovely hotel with lots of character.

A real gem on the waterfront of Ermoupolis. 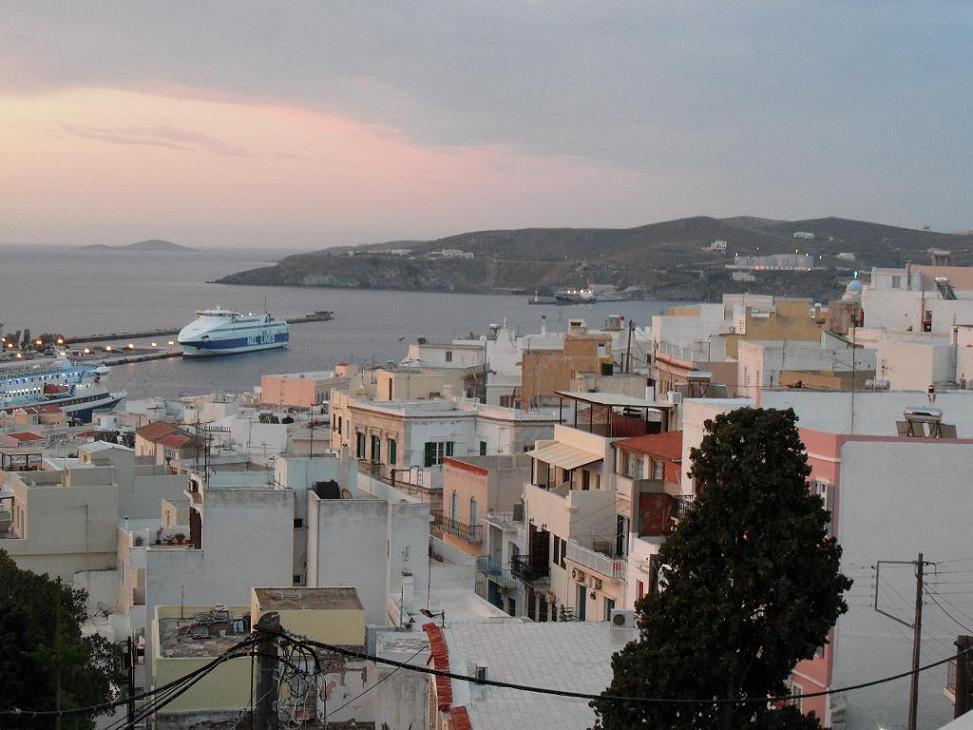 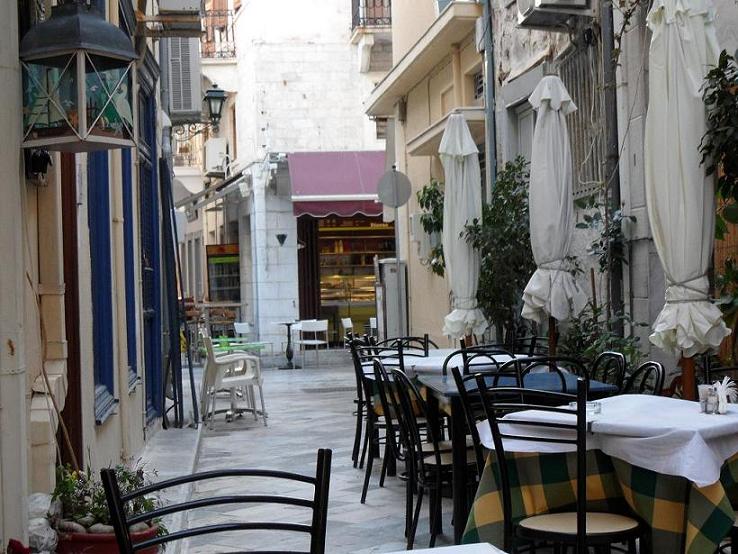 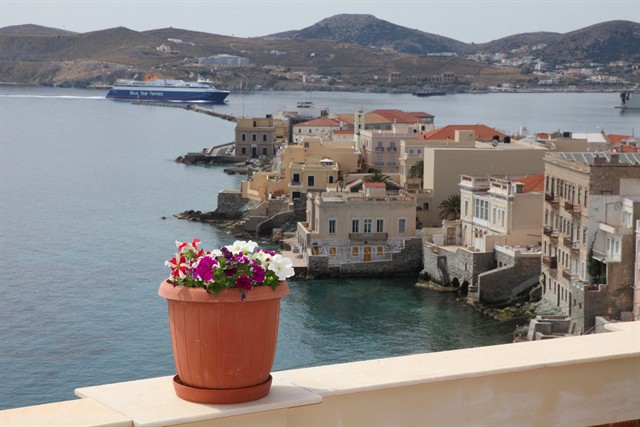 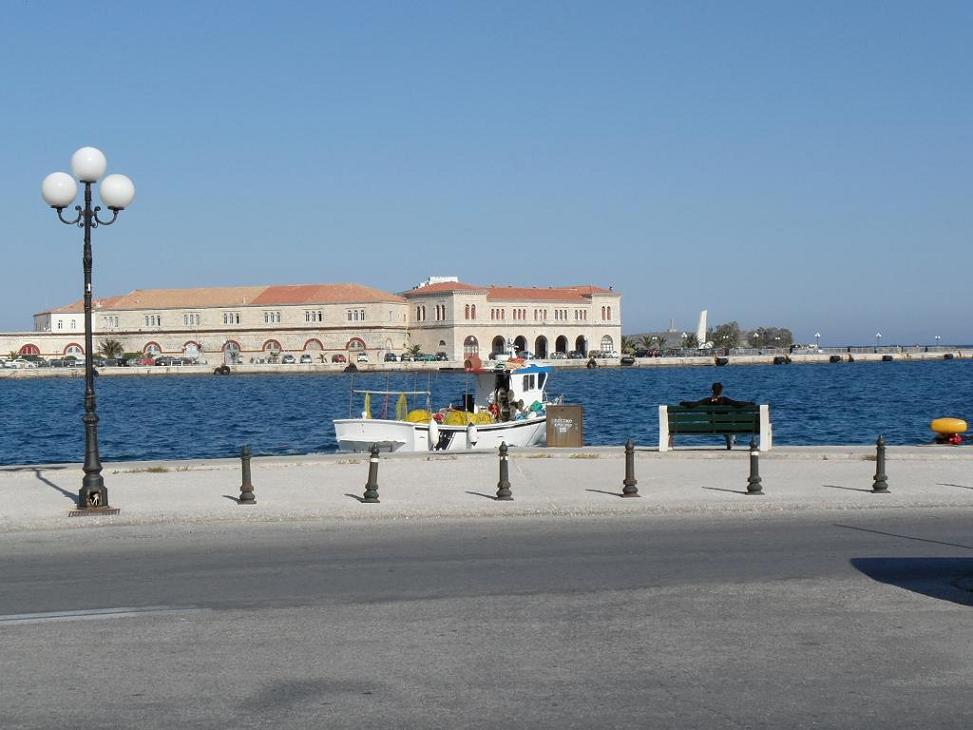 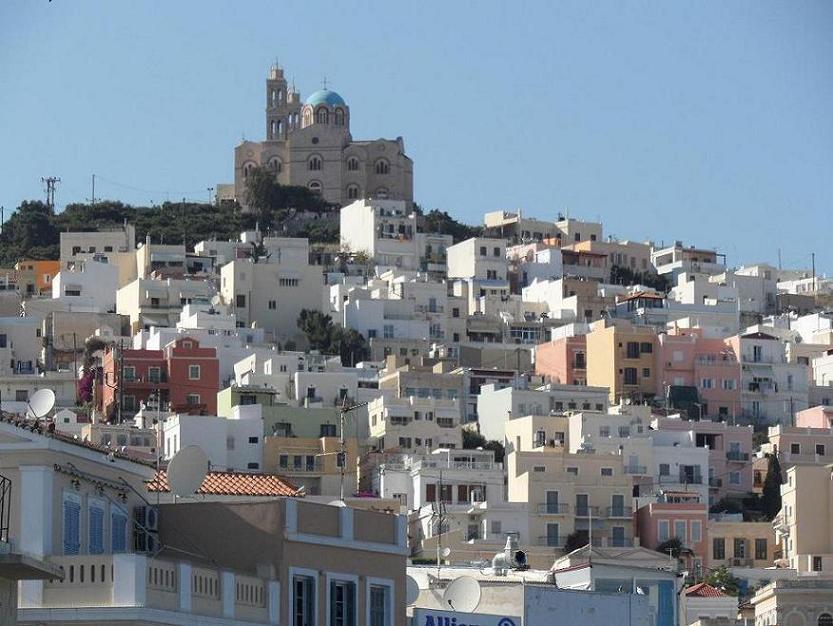 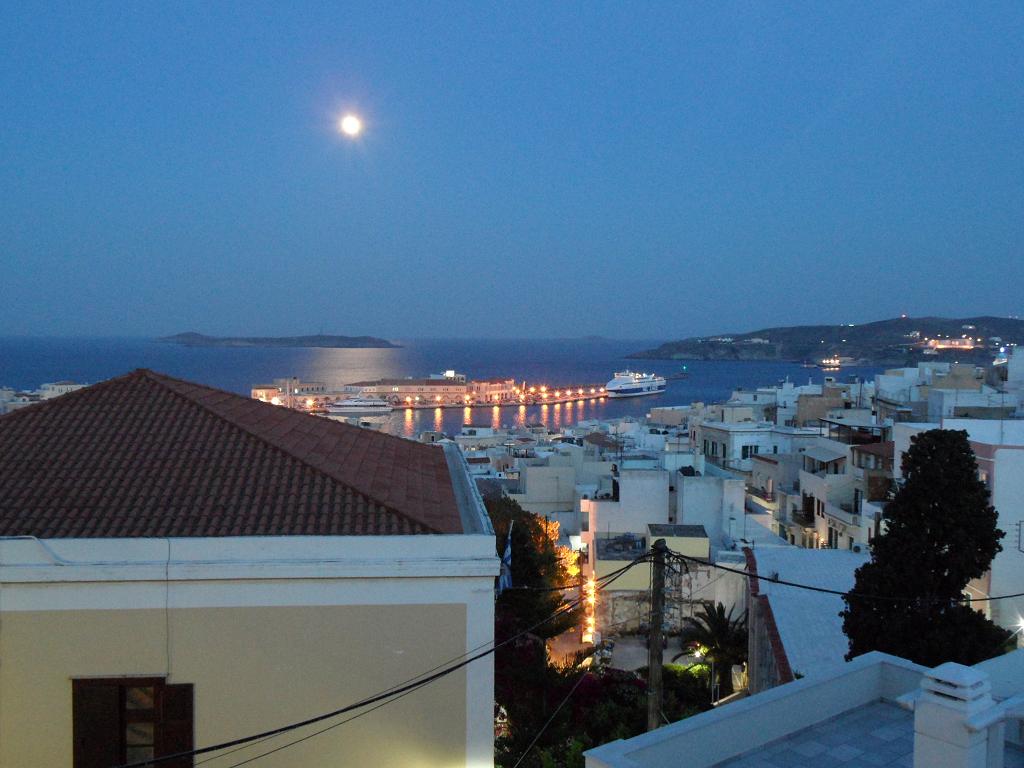 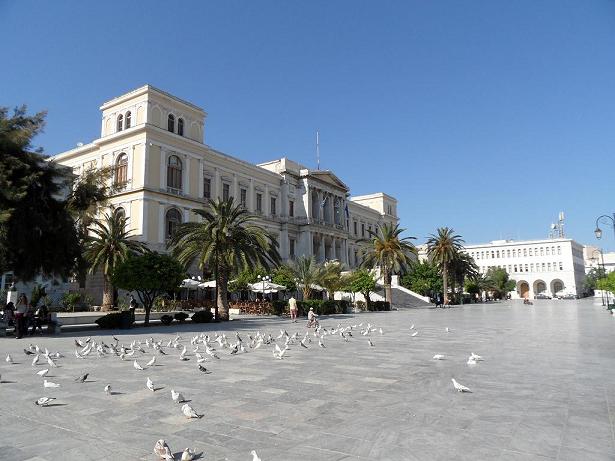 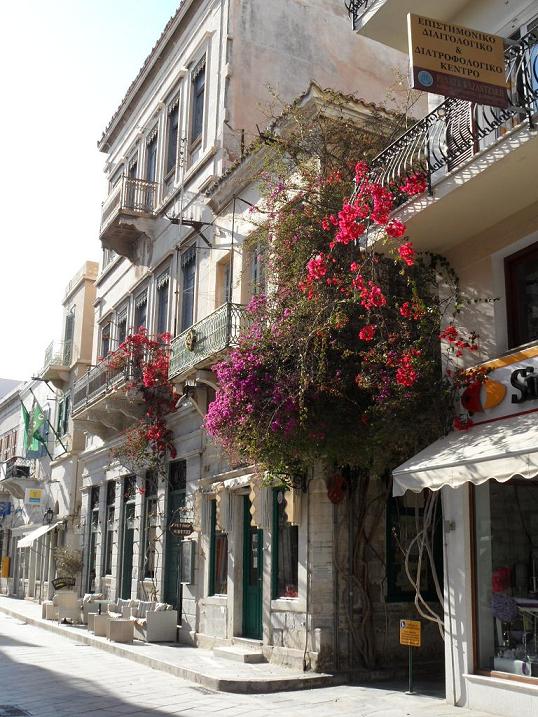 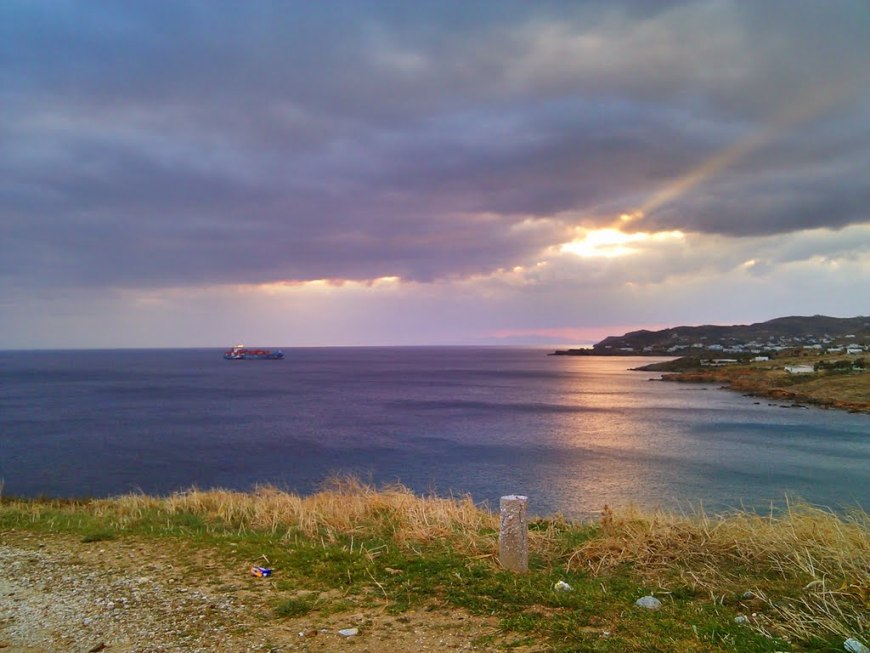 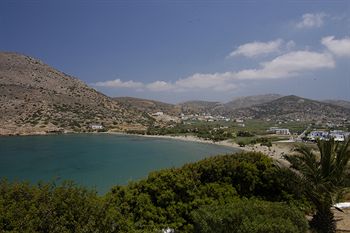 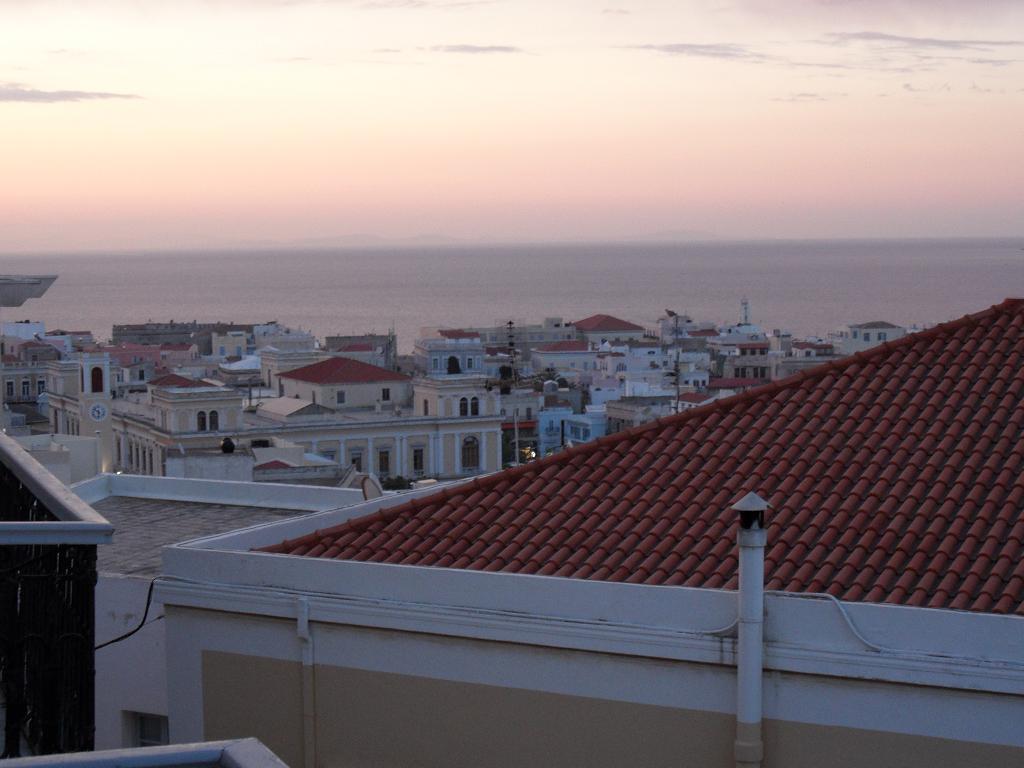 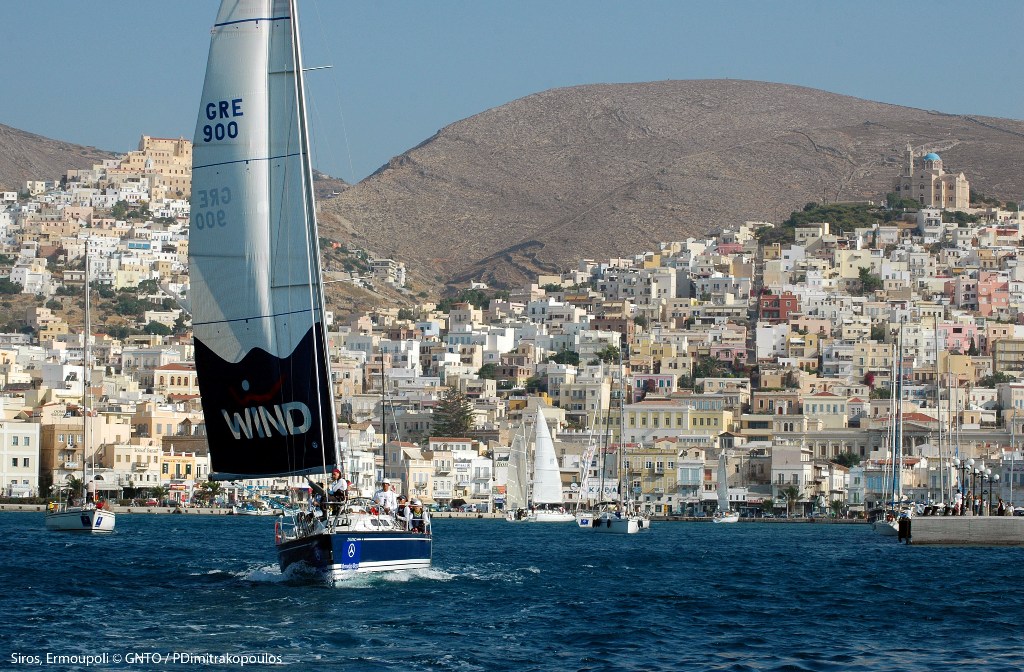 "Syros and the Hotel Ploes were magnificent, and the Petasos Beach was splendid. Mykonos was much more sophisticated that I had feared, and was a good way to round off the lovely trip to Syros. Thanks once again to you and Dawn, who as ever was tremendously helpful."