You are here: Home > Destinations > Greece > The Greek Islands > Corfu

Corfu sits in the Ionian opposite the wild and rugged mountains of Epirus. The island is blessed with gorgeous beaches and many unspoilt villages.

Corfu is one of the most cosmopolitan Greek islands, offering a variety that few islands can match. Rediscover the World provides an insight into this fascinatingly diverse island, offering an exceptional range of smaller hotels & self-catering apartments. Explore the rugged west coast, the fertile plain of the Ropa Valley, the mountain scenery of Pantokrator with its views across to Albania or the southern dunes and wildlife sanctuary of Lake Korission.

On Corfu you can enjoy a true Greek experience and an exchange of cultures - beyond the more developed resorts lies a Corfu bursting with a charm that reaches out to the visitor searching for a truly memorable holiday experience.

Corfu was once the greatest power in Greece and was invaded countless times. Its town was fortified by the Venetians to repel Turkish attack - this town is now a UNESCO protected area.

With the Venetian occupation came the olive culture and this led to a flourishing economy, still hugely profitable today thanks to over three million olive trees on Corfu, producing some of the most delicious olive oil in Greece.

Foreign powers looked on in envy including Napoleon's France whose architects attempted to rival the Venetian legacy with magnificent buildings of their own. The French occupation was brief but left possibly Corfu's most famous landmark and 'place to be seen' the Liston colonnaded walkway, based upon the Rue de Rivoli in Paris. Sitting in the shade of one of the Liston's cafes today you might hear a brass band practising from an upstairs window or catch a glimpse of one of Corfu's cricket teams taking on a visiting side from England. The British also left a legacy (the Ionian islands were a British protectorate in the early 19th century) - one of the most popular drinks on Corfu is ginger beer!

Corfu gained its independence on May 21st 1864 along with the rest of the 'Eptanissos' or seven islands of the Ionian. Enosis (Union) Day is celebrated annually and along with many other festivals offer a memorable experience for the visitor. These include Greek Orthodox Easter when Corfu Town is both illuminated by a sea of candles and showered with a breathtaking firework display. The regular processions of Corfu's patron St Spiridon and numerous music and cultural festivals should ensure that whenever you visit you can become part of Corfu's living heritage.

Elegant, charming & cosmopolitan. In our opinion one of the best island capitals in Greece.

Avlaki, between Agios Stephanos and Kassiopi, is relatively unknown to most of the island's visitors.

A charming village on the north-east coast of Corfu.

Kassiopi offers a good variety of nightlife and entertainment. A great holiday spot for everyone.

Pretty Pelekas perches on top of a hill, a 10 minute walk to the beach. 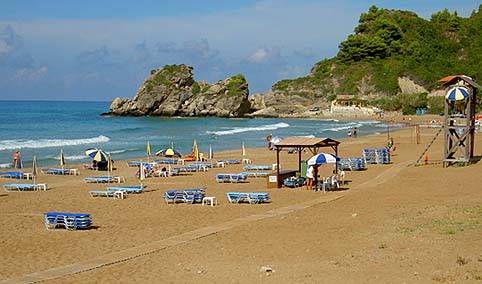 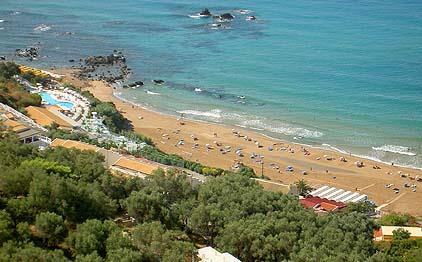 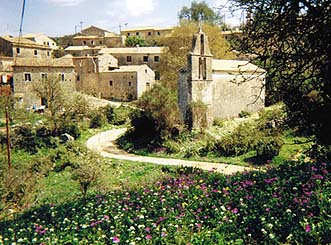 "We are completely satisfied and had a great time."