Fez has become a more popular destination in recent years, although direct flights from the UK are limited. During this time its accommodation has improved dramatically and we are pleased to offer a great selection of personally chosen hotels and riads in this magical city. Fez certainly has a different atmosphere and topography to Marrakech and, in our opinion, it's an ideal city to visit and to use as a base when touring around the other sights and places of interest of Northern Morocco such as Meknes, Chefchaouen, the Mid Atlas and the Roman ruins at Volubilis. As part of a longer holiday it is not-to-be-missed and as a twin centre in combination with Marrakech it offers a true contrast of the two premier historic cities of Morocco.

Fez is a large city and staying in the new town where most of the tourist hotels are located would require visitors to use taxis to get back and forth the medina (although the new town does offer some great cafes and restaurants without the overtly traditional Moroccan flavour). We recommend staying in one of our chosen riads in the medina itself. The medina is huge and a guide is essential for your first visit; guides, which can be pre-booked as part of your holiday, will take you around the various souks, including a view over the tanneries, a visit of the Karouine Mosque, formerly the biggest in Morocco, and offer advice if you wish to make any purchases such as leather goods, lamps, nougat, olives or even a carpet - all common purchases from Fez.

Historically, the first of the Imperial Cities and made up of three centres, Fez deserves a couple of days of any visitor's time in Morocco. It's been described as "the most perfectly preserved and working Mediaeval city in the world". Fez conjures up the same mysterious visions of an ancient world as that of Marrakech but in our opinion truly offers the visitor a culture shock beyond anything its southern counterpart could surpass. The oldest part is Fes el Bali and boasts within the Karaouine Mosque the world's oldest existing university. The newer part, Fes el Jadid, dates from the late Middle Ages and contains the Royal Palace and the Mellah (Jewish quarter). Why not choose Fes as a base for exploring nearby Meknes, the Roman ruins at Volubilis, Moulay Idriss and the spa towns of Moulay Yacoub and Sidi Harazem.

Traditionally any exploration of the medina should start at the Bab Boujlloud Gate. The first monument to visit is the vast Bou Inania medersa, with its cedar woodwork, its sculptured stucco and its marble and onyx decoration. As you continue along Talaa Kebira Street (a big climb), you will particularly admire the Tijani zaouïa (zaouïa is a sanctuary of a religious brotherhood) and the instrument makers' souk. Once you have passed the babouche vendors you arrive in En-Nejjarine Square and the cabinetmakers' souk. The magnificent carved foundouk (caravanserai) on the square houses the Museum of Wooden Arts and Crafts. The kissaria (covered market), where jewellery and fine fabrics are on sale, is nearby. Next to it, you can admire the most visited and revered attraction in Fès: the zaouïa of Moulay Idriss, founder of the town. Many palaces from this period remain; some, such as the Jamaï Palace, have been converted into luxury hotels. The mellah, the old Jewish quarter with its Danan synagogue and the old Jewish cemetery with its white tombs just below it, is situated in El Jedid.

Your walk continues on to Es-Seffarine Square, the coppersmith square, and then to the tanners' quarter situated just before the Andalusian quarter with its mosque and the Es-Sahrij medersa. Your walk ends at the old Dar Batha Palace whose Arabo-Andalusian style makes it a museum to visit. As it is specialised in the arts and traditions of Fès, it gives an excellent overview of all the local products of the town reputed for its craftsmen's skills. This lively museum also hosts some of the concerts of the Festival of World Sacred Music which takes place every June. The Moqri Palace, hidden nearby behind high white walls, houses treasures of a rare architectural refinement.

The imperial city is the capital of traditional Moroccan culture. Cradle of knowledge, for which its superb medersas are a flamboyant symbol. A medersa is a school where the Koran is taught along with all the classic subjects: mathematics, grammar, history, astronomy, medicine… In Morocco, and especially in Fès, medersas have the important role of integrating students from other regions. Generally they are built around a central courtyard with a fountain & classes are held under the sumptuous arcades bordering it. The Karaouiyine Mosque is one of the most imposing in Morocco. It houses a university, thought to be the oldest in the world, which was founded in the middle of the 9th century; the El-Attarine Medersa, situated opposite, is considered to be the most beautiful in the medina and the Bou Inania Medersa is the biggest in Fès.

The Dar Batha Museum specialises in the arts and crafts of Fès; the Wooden Arts and Crafts Museum is situated in one of the most beautiful buildings in Fès, the En-Nejjarine foundouk. Collections of different objects are exhibited in the old cells of this caravanserai. Moucharaby and wooden furniture can easily be purchased in the neighbourhood and you can find chiselled copperware articles near Es-Seffarine Place.

Fes cuisine is derived from 13th century Arabo-Andalusian cooking, its unique flavour is the association of sweet and salty through the use of fruit as vegetables. Spices, such as caraway, coriander, pepper, paprika, cinnamon are also used skilfully. You will find these ingredients in the pastilla, a local dish: a light flaky pastry filled with minced pigeon mixed with almonds and sugar. Also, don't miss the delicious bread just out of the public oven. Fès has adapted to modern life without losing its traditions. Its habitants have almost the same way of life as they had in the 13th century. Its cooking has such a fine reputation that several hotels and companies now organize courses of Fès cooking. During these participants visit markets, buy food and put what they have learnt in to practice. You can, also, enrol in pottery, calligraphy, Arabo-Andalusian music courses.

No matter what type of transportation you favour (horse riding, walking, car...) there are numerous tours starting from the main locations in Fès. Don't miss Sefrou and the Sebou Gorge, a spectacular canyon which are just 33km south-east of Fès. Another pleasant trip takes you to the waterfalls of the Aggaï oued. Volubilis, situated 73km west of Fès, is the most important site of antiquity in Morocco; it is a large Roman town with superb mosaics and many buildings (triumphal arch, press-house, capitol...) which has been designated as a UNESCO World Heritage Site.

Hiking, horse riding - definitely the best way to enjoy the charm and authenticity of the scenic countryside and mountains around Fez.

Cycling tours are available around Fez on tracks with mountain bike or on secondary quiet asphalted roads with hybrid bikes: half day, one day or more... Tours include transfers.

Guided historical visit of Fez with transport, entry fees and lunch all included.

Guided Historical Visit of Fez Souks and Sights with your own private guide - Half day version.

Step back in time by 2000 years with a guided tour of Meknes, the fascinating Roman city of Volubilis and Moulay Idriss in the Rif Mountains.

The Ryad Mabrouka is a very personal little property and its tranquil, well-tended garden, swimming pool and panoramic views of Fez's medina make it a winner with our guests.

The Riad Norma has been inspired by the traditions of Fez with a little French influence. Its garden and plunge pool all add to its appeal.

Riad El Yacout is a traditional riad which has been restored to reflect the architecture and craftsmanship of Fez.

The Riad Dar Chrifa is a small stylish riad offering great value and a good location for sightseeing. You are assured of a warm welcome.

Located in the middle of the Medina of Fez, Riad Le Calife is a historic home of the last century, converted into a Small Charming Hotel. 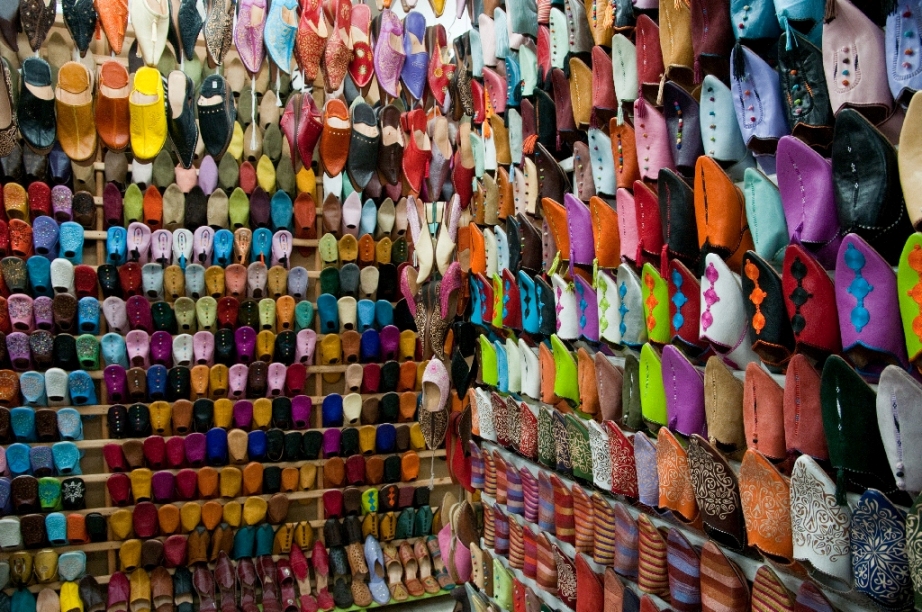 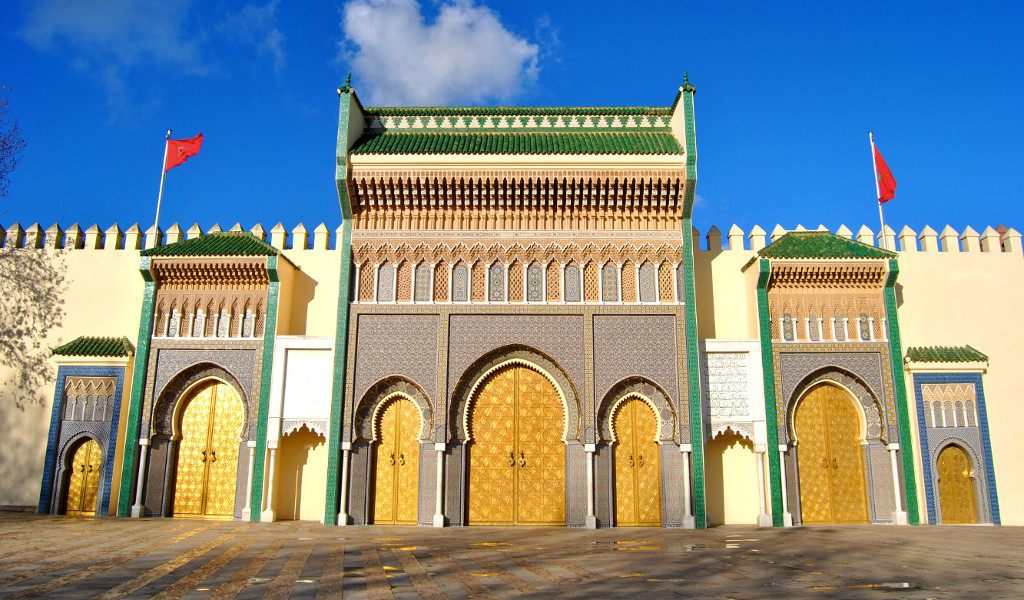 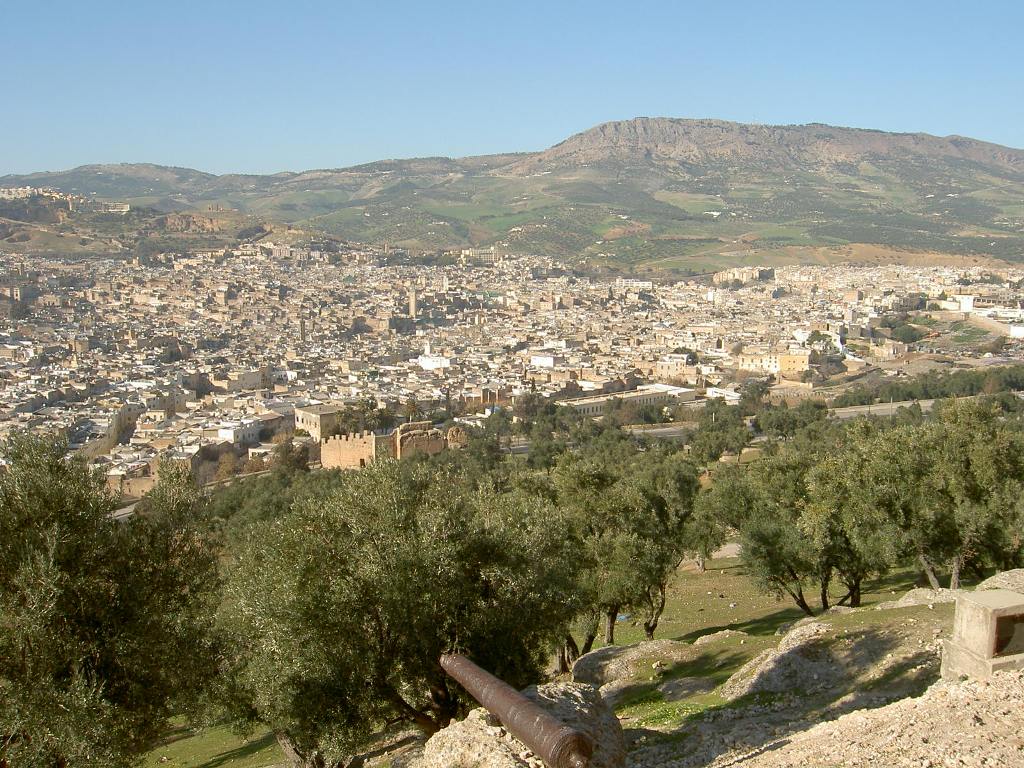 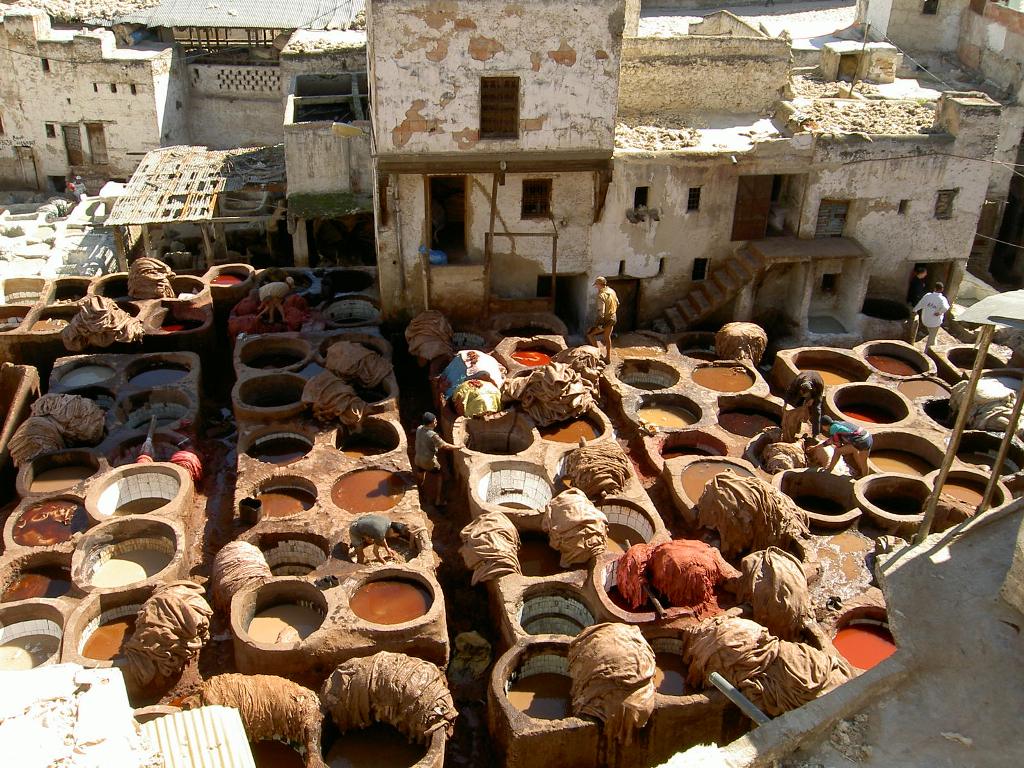 "Thank you for one of the best holidays I've had in years! Everything went smoothly from start to finish. All the transfers were waiting for us on time and were very friendly and efficient. Both the hotels were excellent with an incredibly high level of service. It was wonderful to be able to explore these fascinating cities, knowing that our accommodation and travel requirements had been arranged so expertly for us. I have no hesitation in recommending your company and hope to travel to other destinations ..."

"I think it is worth re-iterating what an awesome holiday we had in Morocco. Every aspect of the planning was good, well thought through, and matched to our needs. You know the country really well and that helped us to have the most fabulous holiday. It was a holiday of a lifetime for us, it has provided the most wonderful memories,and it lived up to the billing. Thank you again."

"Just to confirm we're back from Fez with no major hiccups!  Many thanks for putting the arrangements together for us - we had a perfect holiday. Riad Myra in Fez was absolutely stunning - both in terms of the building and the service.  A real gem!  We had no problems in the medina and the visit to Volubilis was well worthwhile.  Erfoud and Kasbah Tizimi haven't changed much since we were last there (although some big new hotels) and the Tizimi arrangements were fine.  ..."

"We are just receovering from our trip to Morocco, we had a great time. Thanks to you and your company everything went according to plan. The riads were luxurious, the receptionist very helpful, the drivers excellent & the guides extremely informative & friendly. Well done."