Sitia was established as a trading town in the 13th century by the Venetians and they built a guard barracks, Casa di Arma (corrupted to Kazarma) which still looms over the town today. This is the setting for many concerts and festivals in the summer months and from here there are excellent views over the bay.

The archaeological museum has many treasures from eastern Crete and the folk museum displays agricultural tools, kitchen implements and a loom, plus bedspreads and other local handicrafts.

The waterfront in Sitia has an attractive collection of colourful houses, shops, cafes and restaurants - a good place to enjoy some of the locally produced and best wine on Crete!

From Sitia the Monastery of Toplou is only a short drive, many say it is one of the most beautiful monasteries in the country. It's the only survivior from numerous monasteries which were once in the Sitia area - all were eventually destroyed by war or pirate raids.

Toplou monastery is renowned for its priceless icons dating back many centuries. The monastery also produces some of the finest olive oil on Crete and operates its own winery.

A short distance away is Vai Beach, the largest natural palm forest in Europe, made up of Cretan Date Palm. According to legend these palms grew from date pits left by arab sailors in 9th century but this palm is endemic to Crete and does not produce fruit! 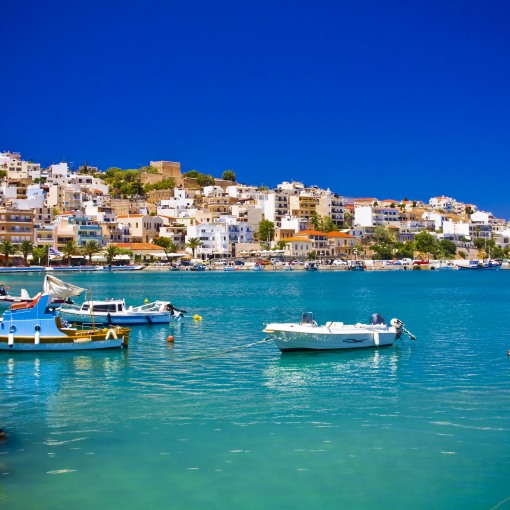 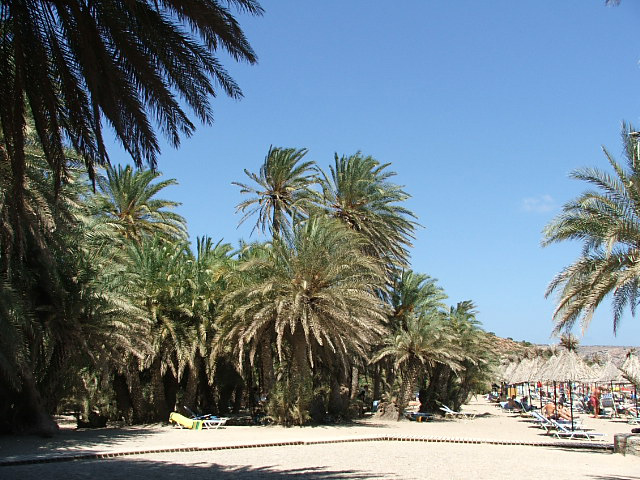