Transylvania is home to some of Europe’s best-preserved mediaeval towns, most notably Brasov, featuring Old Saxon architecture and citadel ruins; Sibiu with its cobblestone streets and pastel-coloured houses, and Sighisoara, adorned with a hilltop citadel, secret passageways and a 14th century clock tower. There are many tiny shops offering antiques and fine handmade products by local artisans across the region. Visitors to Transylvania will also encounter stunning castles such Bran, near Brasov - a Gothic fairy-tale structure, often associated with 15th century Walachian Prince Vlad Tepes, the inspiration for Bram Stoker’s Dracula. While the connection with Vlad is tenuous, the deep bond of local villagers with the legend is not.

In close proximity to Brasov and Bran are the fortified churches at Harman, with its massive 13th Saxon towers, and Prejmer, the largest fortified church in south-eastern Europe. The 15th century Corvinesti Castle, the most beautiful in Transylvania, located nearby Hunedoara, has a sumptuous Knights Hall (frequently used for functions or parties), as well as towers and buttresses reminiscent of mediaeval times.

Transylvania’s multi-ethnic heritage (including German and Hungarian) is delightfully apparent in the folk costumes, architecture, cuisine, music and festivals. Colourful centuries-old traditions are alive and well in its small villages. People here still make a living as shepherds, weavers, blacksmiths and carpenters.

The Apuseni Mountain range, in the western Carpathians, is a landscape of exquisite beauty and mystery. Here, you’ll find ancient legends of mountain spirits and rare species of wildlife, along with 4,000 caves, many of which can be explored. Scarisoara Glacier, a national monument, shelters the second largest underground glacier on the continent.

Transylvania's cuisine displays a variety of flavours such as dishes spiced with thyme, red pepper or tarragon. Meats, such as pork, mutton and veal are among the most popular ingredient in Transylvania’s cuisine. The soups, to which sour cream and egg yolk are ofted added, also include flour dumplings or homemade pasta. Make sure you don’t leave the region without trying the delicious "Varza a la Cluj" – the Romanian version of lasagne - prepared from several layers of finely shredded cabbage (fresh or sour) and minced pork or veal mixed with rice and bacon and baked in the oven.

Transylvanians are not only artisans in producing fragrant, pleasant and light wines, but also sophisticated double-distilled liquors. Palinca, Horinca and Rachie are varieties of brandy made from fruits, particularly plums, apples, and pears, aged in mulberry tree barrels, acquiring a golden colour and a taste often rivalling whisky. There's also a tradition of wine making in some of the Saxon villages in this region.

The Marylou Pension is situated in a quiet area of Alba-Iulia's Citadel and offers a welcome enhanced by the hospitality of the hosts. In the immediate surroundings you can visit two cathedrals and many ...

The Continental Forum Hotel is located close to the historical centre; a short walk to the pedestrianised squares and tourist attractions of Sibiu. The hotel is a historical monument dating from 1912 and ...

The Guest House Muntele Rece [Cold Mountain] is situated in the village of Predelut, near Bran and offers an unique view of the surrounding area including Bran Castle.

The Casa Wagner Hotel in Brasov provides its guests with a perfect central location, just a stone's throw from cafes and bakeries and Brasov's main tourist attractions.

The Council is located in the heart of Sibiu, the Old Council Tower, a few steps from the Piata Mare, the Bridge of Lies and Piata Mica.

This popular hotel is in the centre of Sibiu, a former European Capital of Culture.

Romania has some excellent traditional guest houses located in rural villages which provide a fabulous welcome after a day's hiking in the mountains or sightseeing, such as in nearby Bran and Brasov.

A beautiful setting for this excellent hotel offering a little luxury in the mountains.

Hotel Sighisoara is one of the oldest buildings in Sighisoara's citadel. It offers a real historic atmosphere with modern touches.

Lol et Lola hotel enjoys a quiet location in Cluj yet the city centre is only a 10 minute walk away.

Casa Luxembourg is located in the centre of Mediaeval Sibiu; its exceptional rooms look out over the city. Sibiu offers great cafés and plenty of historic sights, this hotel is an ideal relaxing ...

Hotel Bella Muzica is located in the historic centre of Brasov, in a building dating from early 17th Century.

The Tempo Guesthouse opened in Targu Mures in 1997 with 8 rooms and a small restaurant. Over the years the pension has increased its capacity with rooms being regularly upgraded and refurbished to ensure ...

Hotel Casa Wagner is located right in the mediaeval citadel of Sighisoara and offers an unforgettable experience in a unique historic setting.

Hotel Korona is the perfect starting point for exploring the city being located at the foot of the Medieval Fortress and only 5 minutes from the historical centre of Sighisoara.   Sights such as ...

Atlantic Guest House is surrounded by a large garden yet it's very close to the heart of Targu-Mures. 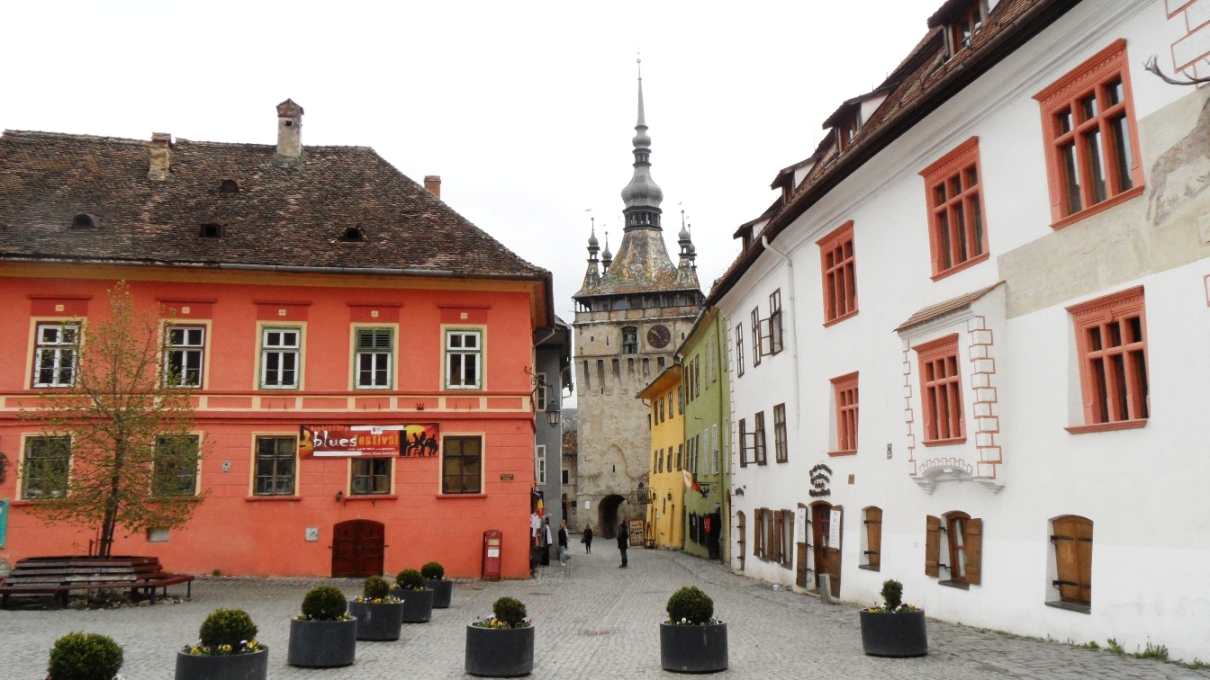 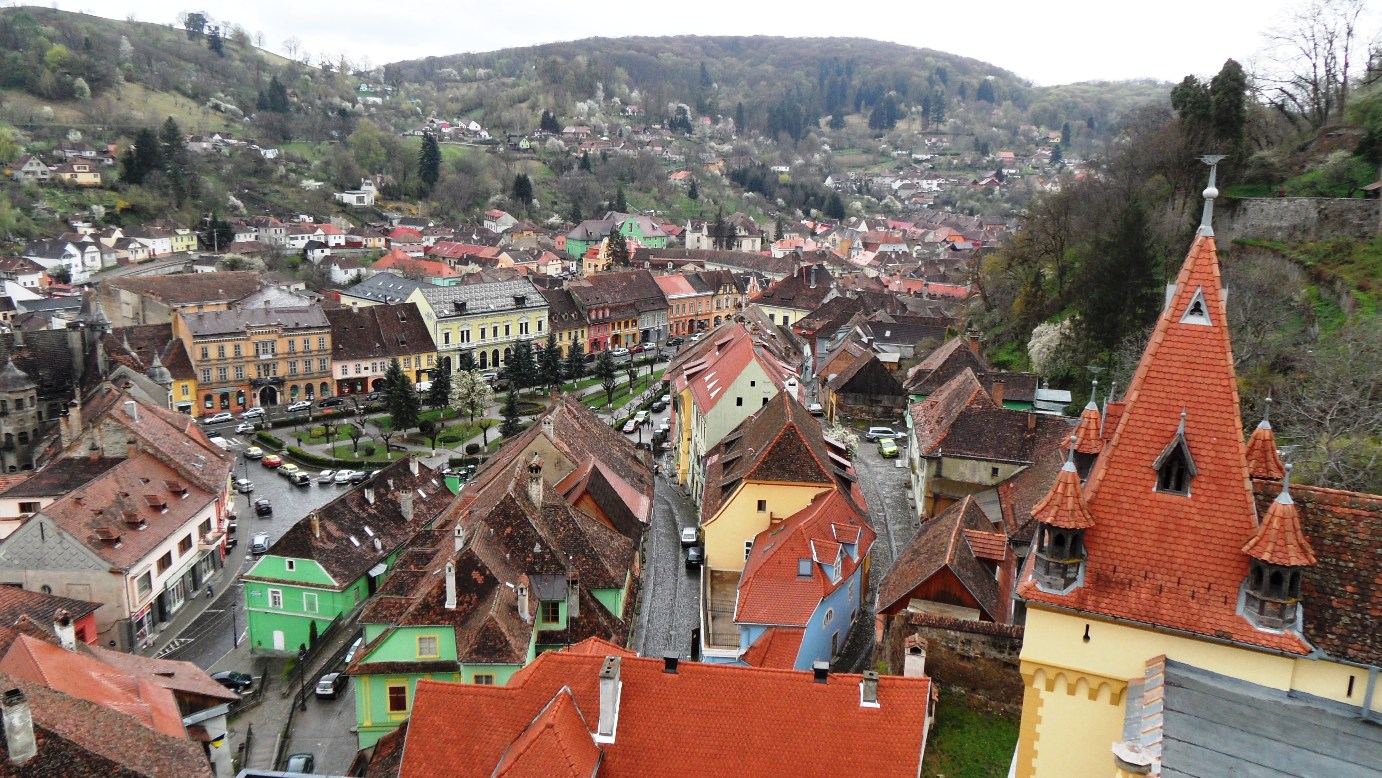 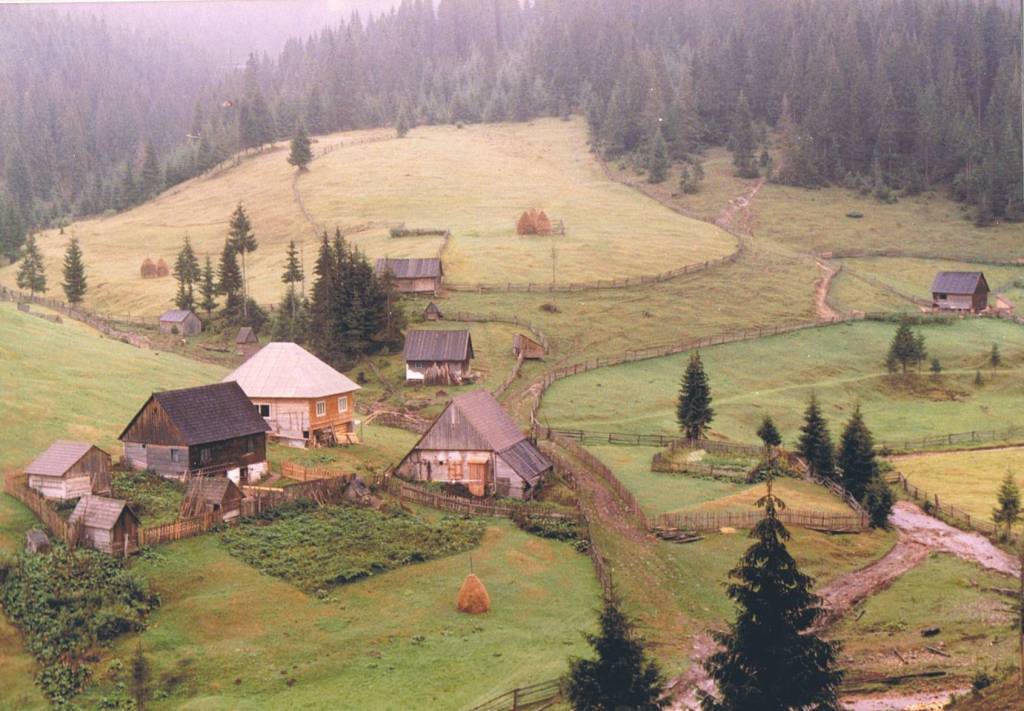 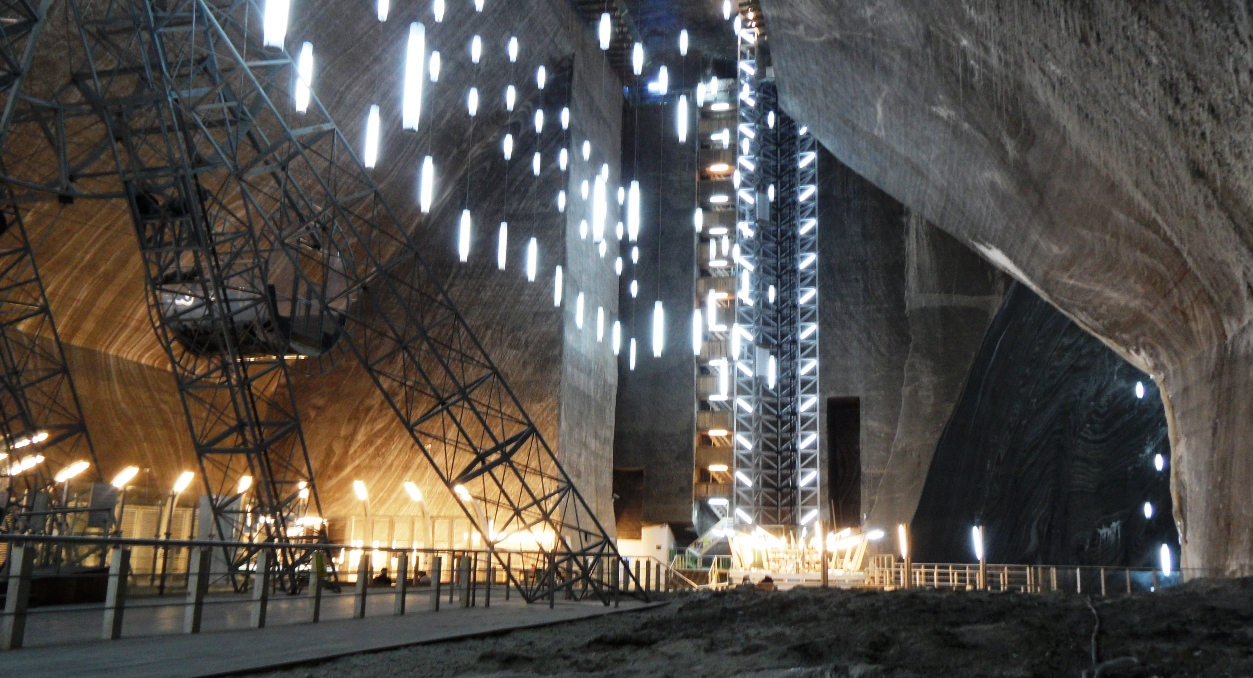 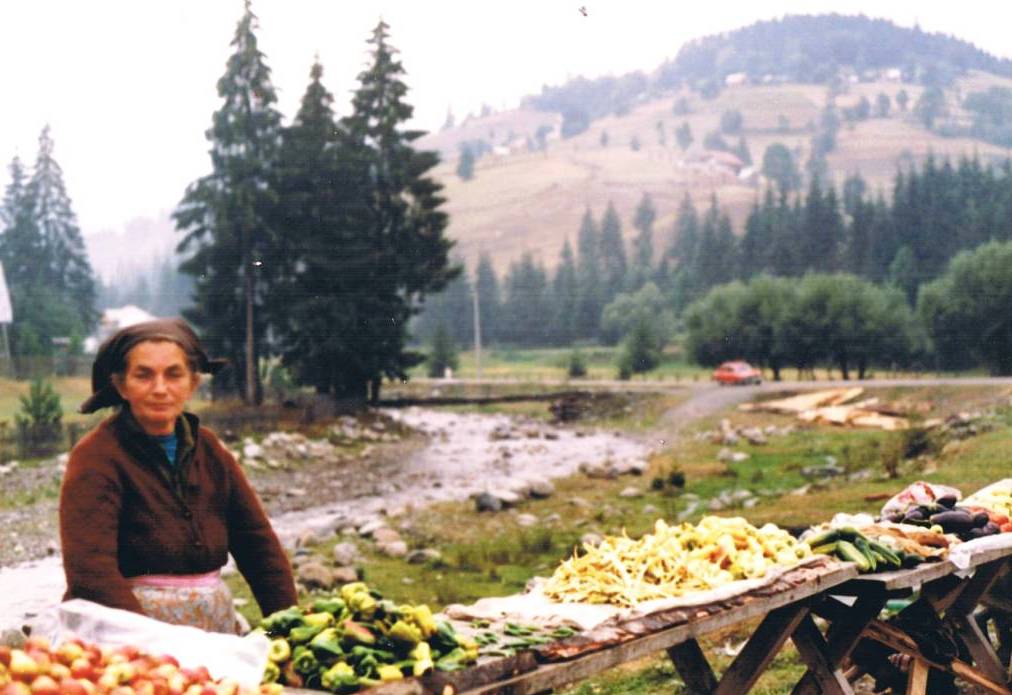 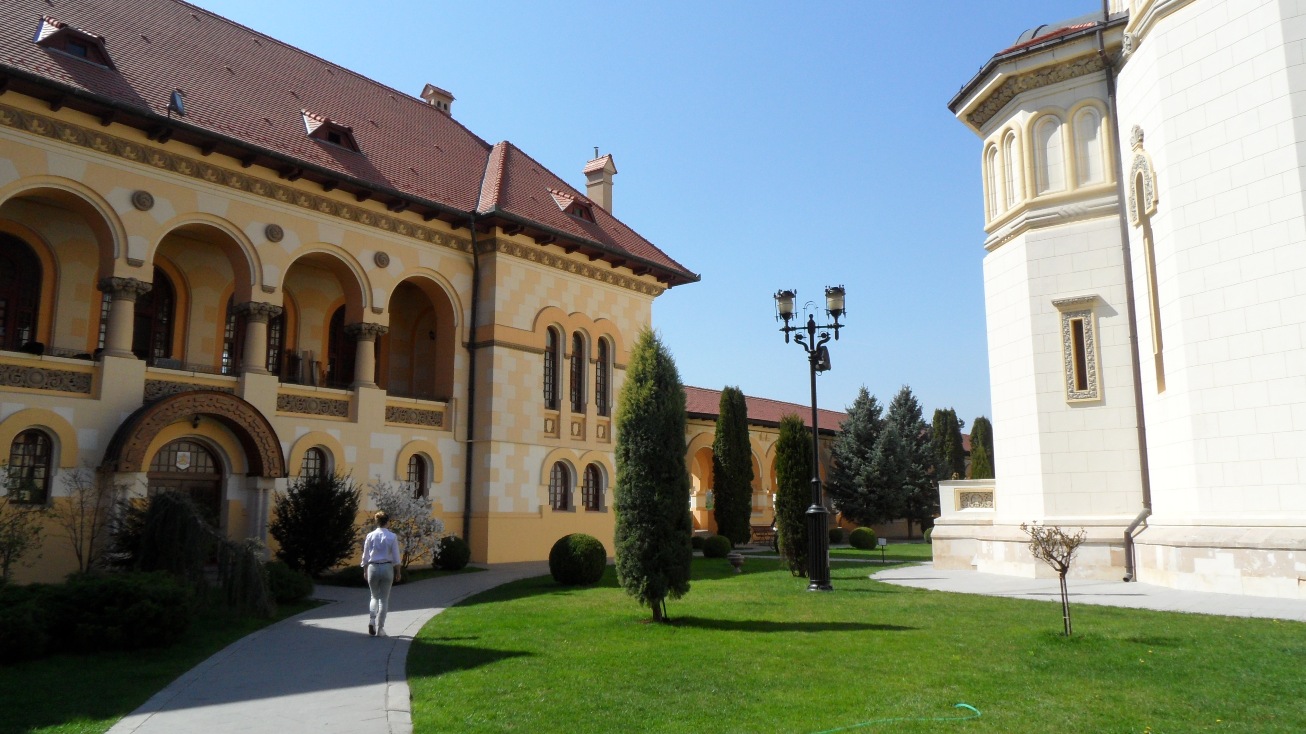 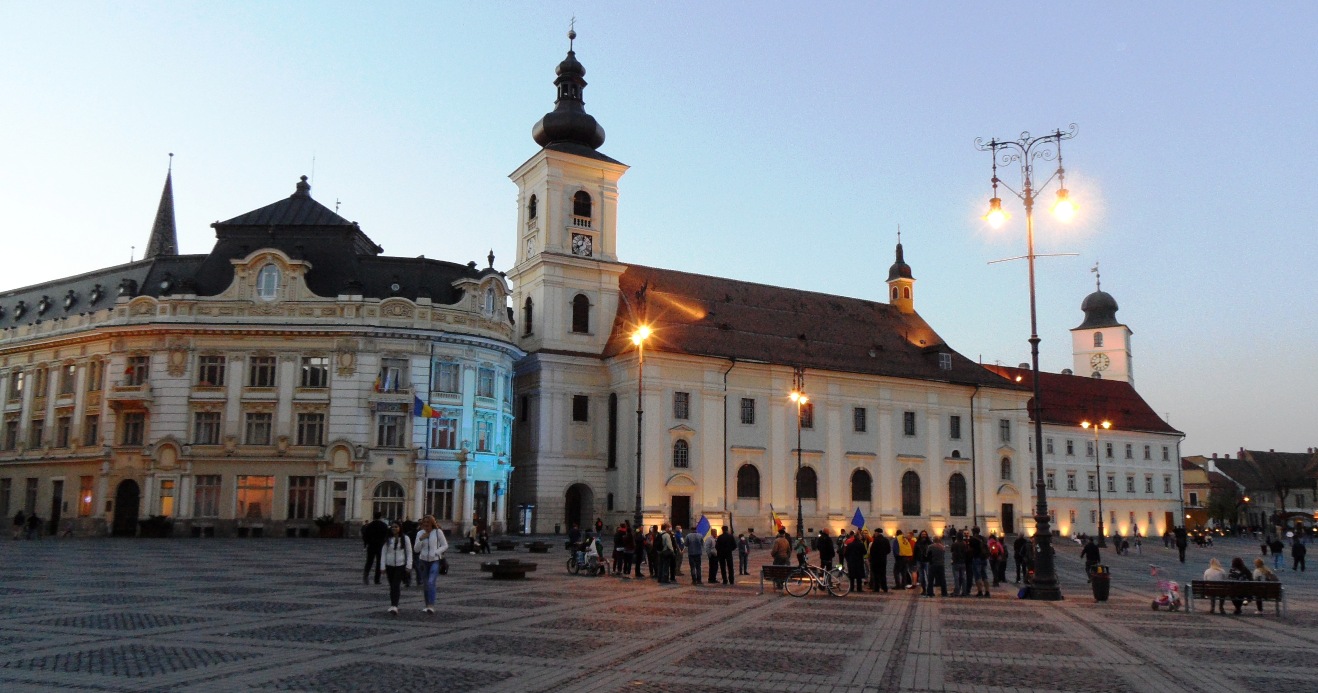 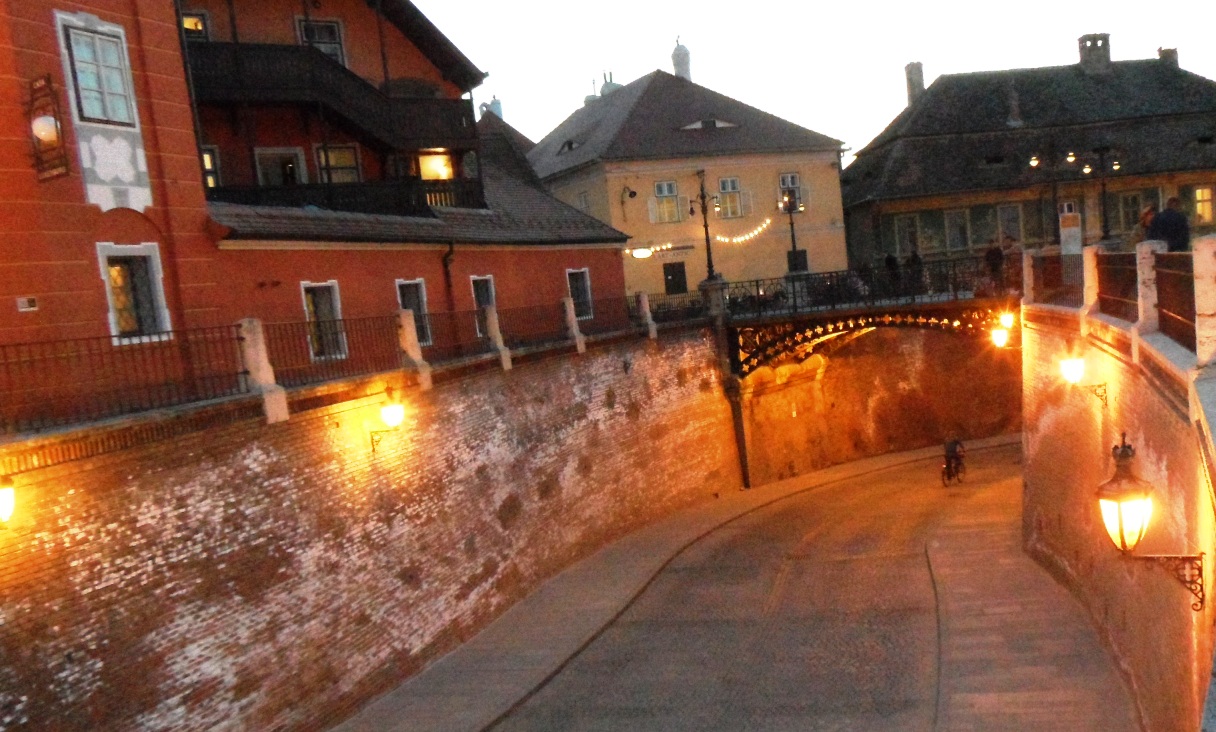 "We were a group of 4 and all of us agreed it was a memorable holiday for all the right reasons. Our guides Doina and Arpi were very helpful and informative. If there were any problems they were dealt with quickly and efficiently. Arpi tried to accommodate all our requests and answer all our questions. I would only make a few observations - Count Kalnoky's place - the trips were far too pricey at 70 euros and not worth the money. The rooms were tired looking and the food mediocre. Prince Charles place ..."

"I wanted to say that the itinerary you put together for us was excellent, thank you. As we said already, as was the local guide who showed us around Sibui. We loved our holiday and are definitely interested in going back to Romania in the future. Doina who hired the minivan for us was lovely and the car hire was perfect! And as a point for the future, we were very glad we had taken our sat nav with us! Thank you for everything.  "

"Continental Hotel was fine, overall just a bit impersonal. The location was perfect - our main criteria. Breakfast buffet was great. They had double booked us at the hotel in Sighisoara so we were moved to the Bulevard Hotel and allowed to use the pool at the original hotel. The manager (Anna) was fabulous. Actually we far preferred the location of the hotel we were moved to and enjoyed the pool facilities in the evening!  "

"We have all reached home safely after a very memorable trip to Romania. We were very pleased with your organising the trip and we are particularly thankful to Ms. Doina  Anghel for all her support and help. We hope you will help us with our next travel as well."

"Just wanted to pass on some feedback regarding our Romanian trip. Some of the highlights were the walking tour of the Old Town in Cluj Napoca where we first arrived. The accommodations at Capitolina were very nice. Our guide, Mihai, grew up in Romania and currently lives in Sibiu and he was quite knowledgeable about Romanian history, which made the tour very interesting and relevant. We thought the salt mine tour in Turda was absolute amazing. We were shocked at the size of it and the boating lake, ..."

"Just to let you know that we are now home from a very successful holiday. Everything went pretty smoothly – I’ll write later about a couple of things (such as exact hotel locations) that might help future travellers. You have a very good local agent in Aldo Travel. Many thanks indeed for your advice and help in setting this up."